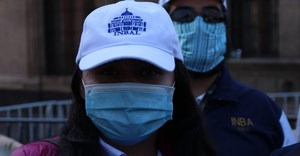 The Museum Watch Committee of CIMAM - International Committee for Museums and Collections of Modern Art - is concerned about the situation of the public museums in Mexico, and fears that the country's current government has lost sight of the duty of care it has for the cultural institutions that it inherited while it plans for ambitious new developments.

The Museum Watch Committee of CIMAM - International Committee for Museums and Collections of Modern Art - is concerned about the situation of the public museums in Mexico, and fears that the country's current government has lost sight of the duty of care it has for the cultural institutions that it inherited while it plans for ambitious new developments.
Mami Kataoka, president of CIMAM, has addressed the Mexican Secretary of Culture with a letter expressing her deep concern.

It is difficult still to piece together a clear picture of the full impact of the Covid-19 crisis on museums worldwide and the lasting damage that is being done. Within this moment of crises facing many museums internationally the situation of the public museums in Mexico stands out as being of particular concern. The Mexican public museums do not have financial autonomy from the state and their viability is entirely dependent upon state support. This position may on the surface be one that many museum professionals would envy as an alternative to the neoliberal model that has become dominant within international museums, however in Mexico it might now become a recipe for disaster.

Mexico has an internationally recognised public museum system, especially the network of national and university museums in Mexico City. The national museums within the purview of the Federal Secretariat of Culture comprise two categories; the art institutions that are part of INBAL, the National Institute of Fine Arts and Literature and INAH, the National Institute of Anthropology and History. 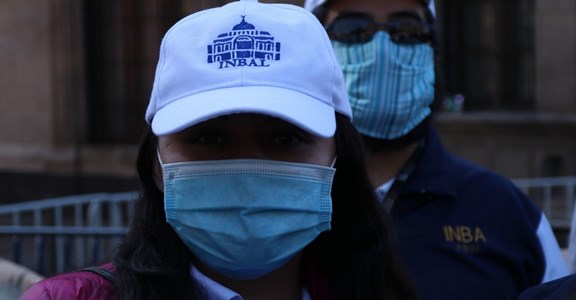 Since mid-2018, Mexico has been ruled by a dynamic populist coalition under President Lopez Obrador, his National Regeneration Movement teaming up with the left-wing Labor Party and a right-wing Christian-conservative party. Upon first glance, this government may seem culturally inclined, even setting up an ambitious cultural development plan for the vast Chapultepec Forest city park that already houses a number of important museums with more in development, including a Kunsthalle led by internationally renowned artist Gabriel Orozco.

A more detailed look at the situation however reveals a more complex and worrying picture. The current government has started to dismantle the revered public institutions that have been developed over many generations. May 2019 saw the first in a series of draconian austerity measures with cuts of up to 50% in funding for activities such as exhibitions programmes. The situation deteriorated further following a Presidential decree on April 23rd 2020 that capped 75% of the operating budgets of public museums funded by INBAL. This critical situation is made even worse by the fact that these reduced budgets only become effective when museums are formally notified of their assigned budgets. For decades this happened in March, in 2019 it took place in June and it has not happened at all in 2020.

Furthermore, regional museums that are funded by federal cultural support programmes under S268 have suffered budget cuts of 76.53% since 2018. Their financial position has been further destabilised by the COVID 19 pandemic and the subsequent drastic reduction in opportunities for self-generated income. In addition it should also be noted that a large majority of museum workers are hired on a temporary basis under the category Capítulo 3000 of the 33901 budget line. This status denies them appropriate labour rights and healthcare, fundamental rights at any time but of critical importance during this pandemic.

Despite these devastating cuts in funding to museums a budget of $175 million has been assigned to the new Chapultepec Forest development which has been identified as a national priority. The cultural sector in Mexico has raised concerns about the appropriateness of these ambitious development plans at this time.

CIMAM recognises that while ambition for new cultural institutions should be welcomed this has to be balanced against a responsibility by the state to support the wider cultural eco-system that provides the ground for new ambitions. CIMAM is concerned that the current government in Mexico has lost sight of the duty of care it has for the cultural institutions that it inherited whilst it plans for ambitious new developments.

CIMAM considers that safeguarding the culture and heritage of its people is a prime responsibility of government. Institutions that safe-guard our culture take many years to develop but can be destroyed by a few critical decisions. CIMAM is deeply concerned that the actions of the current government in Mexico will lead to the destruction of these important cultural institutions. The Chairperson of CIMAM has written to the Secretary of Culture to express CIMAM’s grave concernand to ask the Mexican government to take immediate action to rectify these devastating cuts.