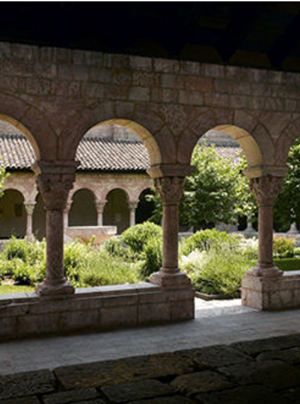 The Metropolitan Museum of Art has entered a 50-year partnership with the Greek government and the Museum of Cycladic Art, along with the Hellenic Ancient Cultural Institute, regarding Leonard N. Stern’s Collection of Cycladic art.

The Metropolitan Museum of Art has entered a 50-year partnership agreement with the Greek government and the Museum of Cycladic Art, along with the Hellenic Ancient Cultural Institute, regarding Leonard N. Stern’s Collection of Cycladic art.

The Leonard N. Stern Collection comprises some 161 works made in the Cyclades primarily in the Early Bronze Age (3200 BC to 2000 BC). Nearly all the major types of Cycladic marble figurines are represented from the Late Neolithic period to the end of the Early Bronze Age, including violin shaped, Plastiras, Hybrid, Louros, Pre-canonical, Kapsala, Early Spedos, Late Spedos, Dokasthismata, Chalandriani, and Koumasa. The collection also has rare examples such as a “Double figure” of the Early Spedos type. The objects range in size from diminutive figurines to an over four-foot-long reclining female that ranks among the great works of Cycladic art. There are also a large number of marble vessels including beakers, bowls, collared jars or “kandilas”, and footed cups and palettes. Other object types of diverse media include a terracotta “frying pan”, a pair of electrum bracelets and a bronze axe.

The agreement—which was approved by Greek parliament in September—will bring 161 stunning Cycladic artifacts from the Leonard N. Stern Collection to The Met for a 25-year display starting in January 2024. After the collection is on view in its entirety at the Museum for 10 years, select works will periodically travel to Greece over 15 years for display while other loans of Cycladic art will come to The Met. Following that 25-year loan period, important works of Cycladic art will continue to be loaned to The Met from Greece for an additional 25 years. A selection of 15 of the most significant works from the collection will be displayed first in Athens for a year starting in early November before traveling to The Met.

The Museum further announced that Mr. Stern has given a major gift to The Met to support the display and study of Cycladic art.

Max Hollein, Marina Kellen French Director of The Met commented, “The Met’s mission is to enable the enjoyment and study of art. Leonard Stern is a great friend of the Museum and of course an incomparable collector with a most generous spirit.  This agreement builds on decades of a fruitful partnership between the Greek government and The Met, and we are delighted to be able to play a role in an arrangement that will thrill and educate visitors and scholars now and for generations to come.  We are deeply grateful to Leonard for this extraordinary collection and for dedicating funds for the study of these exceptional works and related archival material, which will be made widely available. The Met extends special thanks to Greece for our strong partnership and for authorizing this historic loan, and we look forward to continuing our ongoing conversations about future exchanges of scholarship and expertise. We all benefit from the public display of art.”

President and CEO of the Museum of Cycladic Art, Κassandra Marinopoulou stated, “An exquisite, unknown collection of Cycladic Antiquities formed by Leonard Stern, a major American collector and philanthropist, comes to light. It is undoubtedly a historic moment: for our country, for the Museum of Cycladic Art, and personally for me, as we are entering this unprecedented partnership with the Hellenic Republic and The Metropolitan Museum of Art, contributing to the return of these Cycladic masterpieces and hopefully other antiquities in the future. The dissemination of the Cycladic and Ancient Greek Art internationally has been our core mission since the Museum was founded. I am very proud to see our vision accomplished beyond any expectations. Even more so, as these Cycladic masterpieces will be showcased among the Greek and Roman antiquities at The Met. I want to express my gratitude to all parties involved.”

The gift from Leonard N. Stern includes an endowment of an archive room in the Greek and Roman Department’s Onassis Library for Hellenic and Roman Art, and the endowment of a position to facilitate the care of the archives and scholarly visits. Both the archive room and the endowed position will be named for Leonard N. Stern in recognition of his extraordinary generosity. An additional endowed fund will support programming around the Stern Collection, including fellowships for scholars from Greece to study the collection.

Leonard Stern commented, “I fell in love with Cycladic art when I was but 14 years old while visiting The Metropolitan Museum of Art. Thus began my lifelong passion to assemble and protect what was then a little-known area of antiquities. With the growing realization that my collection in its scope and size had become unique outside of Greece, I decided to work with Greece, the Museum of Cycladic Art, and The Met so that visitors in Greece and in New York can appreciate the magnificent beauty and mystical simplicity of these incredible objects carved some 4,500 years ago.”