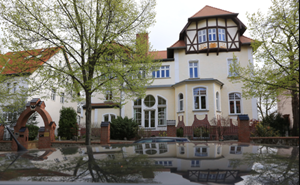 The German Lost Art Foundation redesigned the website of the most extensive database worldwide for Nazi-looted art for a more up-to-date appearance and increased user-friendliness.

Lost Art has a fresh face: The website of the most extensive database worldwide for the search for Nazi-looted art and so-called trophy art on www.lostart.de/en was redesigned in a more contemporary style and with clearer structures. It also offers new functionalities, in particular better searching and filtering options to facilitate the search for possibly looted objects. “We aim for access to be as low-threshold as possible, so that especially the descendants of formerly persecuted Jewish citizens can search for their property more easily and receive at least some compensation, if that is possible at all”, states Gilbert Lupfer, Executive Board of the German Lost Art Foundation.

During the National Socialist regime, millions of cultural property objects were stolen, and Jewish citizens in particular were the victims of expropriation, extortion, “Aryanization”, and theft. The Lost Art Database operated by the German Lost Art Foundation documents cultural assets seized from their owners between 1933 and 1945 due to persecution (“Nazi-looted art”), or assets where seizure cannot be excluded. In addition, Lost Art records cultural assets seized or transferred as a consequence of the Second World War (in German referred to as “Beutegut”). The objective is to connect searchers and finders: private individuals and institutions can record cultural property either identified or suspected as having been looted or transferred.

The database was launched in 2000 as a consequence of the internationally agreed “Washington Principles” (1998) on handling Nazi-looted art. Germany had committed to implement the directive in the “Joint Declaration” (1999), which among other initiatives included the creation of a publicly accessible search and found listing. Lost Art now holds almost 180,000 records described in detail and several million records of objects in summary form, from institutions and individuals both in and outside Germany. Each month, an average of 9,000 users access the database worldwide, which is free of charge, with 120,000 pageviews per month.

In many cases Lost Art contributed to the return of formerly stolen objects to their original owners or their heirs. A prominent example in the current year was the restitution of the “Portrait of a Lady as Pomona” by Nicolas de Largillière from the holdings of the Dresden Gemäldegalerie Alte Meister, which could be returned to the heirs of the Jewish banker and art collector Jules Strauss. Their research on Lost Art had led them to a Found-Object Report by the museum for this painting. Apart from such precious art objects the database also contains commercial prints, cutlery, or books – mementoes which have primarily emotional value: “Each object is important”, says Executive Board Gilbert Lupfer, “since even an object apparently without value tells the story of a persecuted individual or a family”.

The website: The Lost Art Database can be accessed on www.lostart.de/en. The site also includes the general principles for the registration and deletion of reports. The relaunch does not affect the principles, the records, or the structure of the existing database.