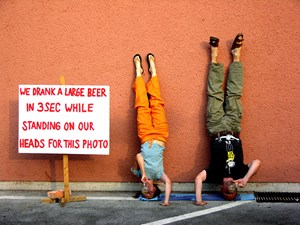 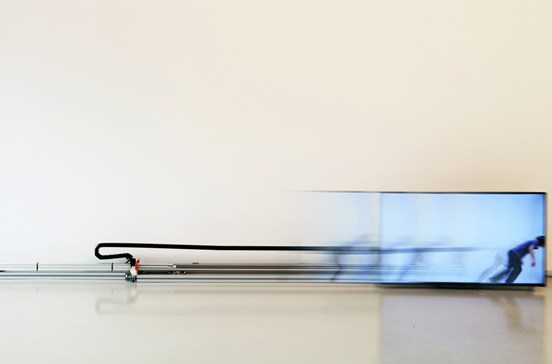 ArtDependence (AD): Do you have any thoughts on whether artists have a responsibility to reflect on the times we live in, and is this important in a political context?

Primoz Novak (PN): I believe art can be political or abstract, local or universal, in a form of a painting, new media installation or performance... And the main question to me is not what is art, and in what context it has to be shaped, but what is the artistic value of the work of art, is it innovative, experimental, provocative, what quality it has? And I think art has to go beyond just being political, it has to offer something more, otherwise it just becomes a political manifestation (which is what for example Ai Wei Wei is doing in some of his projects).

Nika Oblak (NO): Anyhow, art inevitably reflects its time and it is able to communicate across time. In ex Yugoslavia it was forbidden to criticize communist party, so also for that reason artists at that time were mainly making modernist abstract paintings.

AD: How has your work developed since you began, and how do you see it evolving in the future?

NO: We grew up in socialist Yugoslavia, which fell apart and then in our teens experienced a rapid change of social, political and cultural structures to neoliberal Slovenia, accompanied by globalization and technological shift from analogue to digital. We began working together right after we completed undergraduate studies and our fist projects were related to art system, especially in terms of east and west art, and our identity. Our focus was on the role of an artist as a brand and the idea of constant competition in capitalism. We were exploring parallels between economy driven society and the art world, and often took the art world as a small scale model for conditions present in society. So, we see the decision to become artists as a manifestation of our self-consciousness. 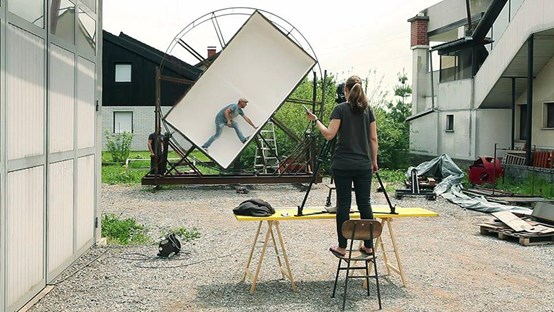 Where Do We Come From? What Are We? Where Are We Going?, production shot, 2019

PN: However, over the years we became more interested in the wider media and political context of our reality, and began to use technology as a self reflection tool, exploring the relationship between human and machine on diverse levels. Especially in a series of our kinetic video installation, works in which media space of the screen is expanded into the surrounding exhibition space by means of our media performance and creative use of technological interfaces. The screen has a particular significance in our practice, as an icon of rapidly developing new technologies, which are becoming interwoven in our daily routines and even our bodies. People are interacting with screen transmitted media content increasingly more as in past, and our attention seems to be continuously alerted by a never ending influx of information. We are interested in how the idea of mechanical efficiency has spread out into the screen based reality, in an attempt to control the eye and the mind. Today our lives are surveilled through the social media. It’s a significant threat, all our online activities are monitored, but yet, we feel free.

PN: Being an artist is privilege and freedom. We develop our works based on personal experience, so of course our beliefs and ideology are inevitably present in our works. 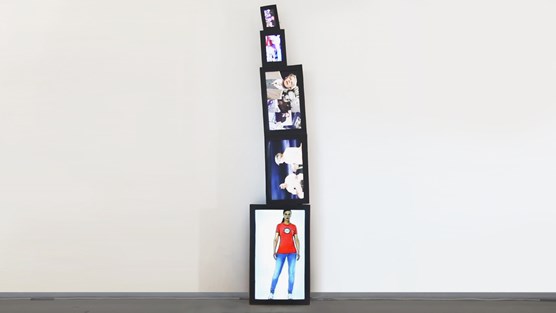 NO: Art is communication, it is visual philosophy.

NO: In this time of corona virus, with the whole world in a stand-still, we finally found some time to develop and rethink some new ideas and concepts for our planned solo shows in Ljubljana, Zagreb and Rijeka, even if it is still not sure if and when they will happen due to the restrictions...

PN: And there is also one project, titled Progress, that we keep on doing. From May 1st 2016 we paint a word progresson a post card every day, on the back side we write a date and we mail it to our home address. It's a work, which questions the idea of progress in a social and political context, although in todays' society the idea of progress is seen almost entirely through the economic perspective. As Žižek said, it is easier to imagine the end of the world than the end of capitalism.

And at the moment, it's quite fascinating how the whole world stopped. Something thatthrough political and economic perspectivewas before seen as impossible.

NO: To educate means to learn a language, learn to apply it in practice. Creativity helps to deconstruct a learned language and form new concepts and technologies. 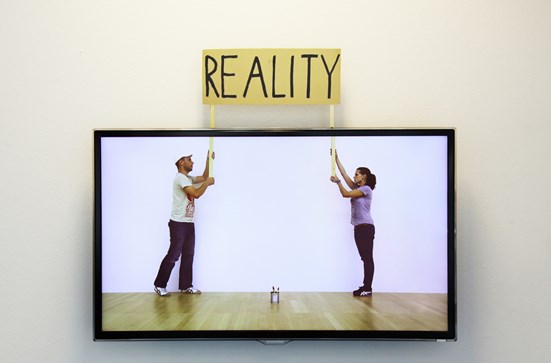 Reality is Out, kinetic video installation, 2012

The role of art is to enjoy it and to take our minds to another state. It can change the way how we look at things, but the decision and the struggle is not in the arts, it is in the observers.

NO: Nowadays, with a mix of Warhol's 15 minutes of fame and materialization of Nam June Paiks prediction of technology enabling everyone to become a visual artist, creating and sharing their visual content worldwide, the idea of being remembered by your achievements seems outdated. Anyhow, memory is historically reserved for male west figures.

PN: Art schools give you something, but they also take something away from you. I would just add Picasso's quote to that, ''Every child is an artist. The problem is how to remain an artist once we grow up''.

NO: Autonomous art work cannot be elitist in itself, but we believe global art world in terms of biennials and fairs is a superficial spectacle, which is elitist. One of our first statements is ''Contemporary art is nothing but a business, we take it as a joke''. And when you ask, also this quote by David Hammons crossed my mind: "The art audience is the worst audience in the world. It’s overly educated, it’s conservative, it’s put to criticism, not to understand and it never has any fun. Why should I spend my time playing to that audience? That’s like going into lion’s den. So I refuse to deal with that audience. I will play with the street audience. That audience is much more human, and their opinion is from the heart. They don’t have any reason to play games, there is nothing gained or lost." 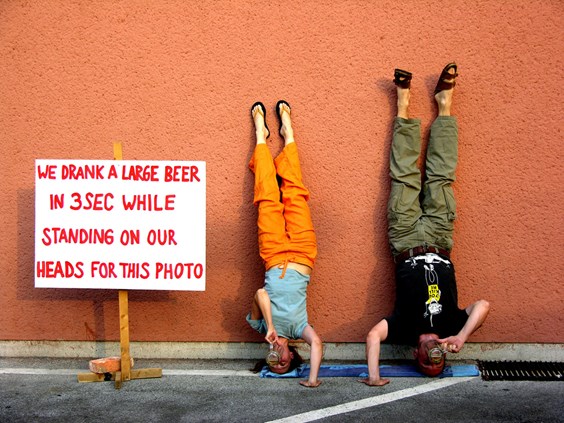 PN: I don't remember the last time I read a book from the first til the last page. I usually go by fragments and at the moment I am reading the last book by Thomas Piketty, Capital and ideology.

NO: I just finished 1984 again. I have a thing for dystopias. But it's a bit odd in reference to actual events these days.