Symbolism in Art: The Lilly 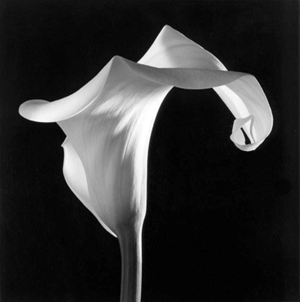 American photographer Robert Mapplethorpe is known for his provocative images and controversial subject matter. Having been born in suburban USA, a place he said was “a good place to come from and a good place to leave”, he lived in New York at the infamous Chelsea Hotel with singer Patti Smith. His work became popular in the mid 70s and he produced hundreds of photographs documenting what he called “the unexpected”.

American photographer Robert Mapplethorpe is known for his provocative images and controversial subject matter. Having been born in suburban USA, a place he said was “a good place to come from and a good place to leave”, he lived in New York at the infamous Chelsea Hotel with singer Patti Smith. His work became popular in the mid 70s and he produced hundreds of photographs documenting what he called “the unexpected”. He is often thought to be one of the most important artists of the twentieth century and his work has been displayed in galleries across the world. He died from an Aids related illness in 1989, aged just 42.

Mapplethorphe is perhaps best known for his series of nudes and portraits from the New York S&M scene. Using classic techniques that show great mastery of the form, Mapplethorpe captures images that challenge classic photography. Alongside the more confronting images Mapplethorpe captured, he was also fond of still life portraits of delicate flowers, including this image of a Calla Lilly.

The artist began capturing images of flowers during his earliest years as a photographer. He continued to use floral subjects throughout his career, experimenting with lighting and composition to create dramatic contrasts between light and shade.

Viewed alongside the artist’s nude portraits, the flowers he captures feel right at home. The artist used the same camera and the same formal style to capture all his subjects, both human and organic. Their soft curves and contours mirror the human form and are full of symbolic references. Mapplethorpe’s choice of flower is symbolic. Despite its name, the Calla Lilly is not actually a part of either the Lilly family of plants, or the Calla family of plants – it is somewhat of an outlier, although to an untrained eye, the flower is remarkably similar, hence it’s name. This picks up on the themes and subjects captured in Mapplethorpe’s human portraits in which he has a tendency to choose subjects who look the same as others, but are somehow different, rebellious or ‘other’.

Mapplethorpe has a habit of capturing the fragility of his subjects. In this image the delicate white flower echoes with hints of purity and innocence that seem instantly at odds with the suggestive curves of the petals. On top of this, the impermanency and temporary bloom of the flower serve as a poignant reminder of the fragility of life itself. The beauty of a blooming flower capture something about the human condition – blooming for a short while before beginning to droop and ultimately dying away. 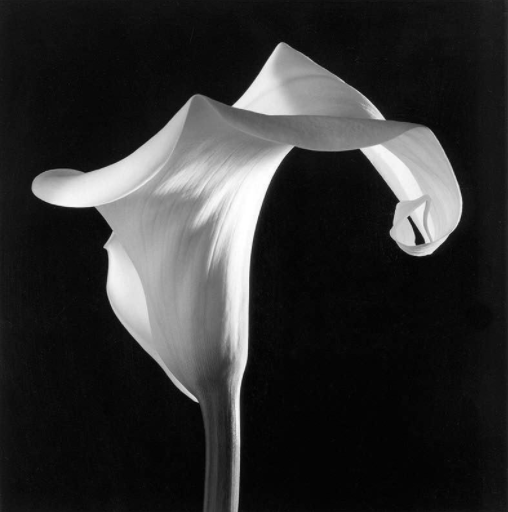