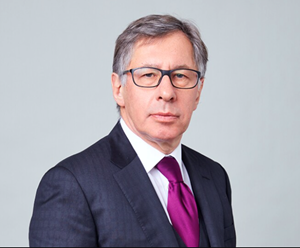 With various sanctions increasingly being placed on Russia and Russians around the world, many art and cultural institutions are also following suit resulting in Pyotr Petr Aven stepped down as trustee of the Royal Academy Trust.

With various levels of government sanctions increasingly being placed on Russia and Russians around the world because of the ongoing war with Ukraine, many art and cultural institutions are also following suit.

During the early attacks on Ukraine by Russia, ArtDependence published a feature in which we had reached out to the Royal Academy on if and how they would be reviewing their relationship with the Russian patron, Pyotr Petr Aven, who has been a Trustee of the Royal Academy since 2014.

Their response was this:

“Pyotr Petr Aven is a passionate supporter of the arts. He has served as a Trustee of the Royal Academy Trust since 2014.  In 2017 he was a supporter of Revolution: Russian Art 1917-1932. He has also supported our current exhibition Francis Bacon: Man and Beast.

The Royal Academy is an independent charity and does not receive government funding. It relies on support from a range of sources to supplement its own revenue generating operations, including corporate sponsorship, donations from individuals, grants from trusts and foundations as well as support raised from the Friends of the RA. This support provides financial security, enabling the RA to fulfil its vital role in developing and presenting the most important and diverse range of exhibitions to the public.

Decisions concerning donations and corporate support are made following appropriate due diligence on a case-by-case basis and in compliance with the RA’s Gift Acceptance policy, and overseen by the RA Council (the governing body of the Royal Academy) advised by the Royal Academy’s Ethics Advisory Group.”

But with the relentless position of the Russian government on their stance with Ukraine, non-governmental personalities who may be perceived as oligarchs are beginning to get caught in the sanctions.

Today, we received a follow-up statement from Royal Academy stating that