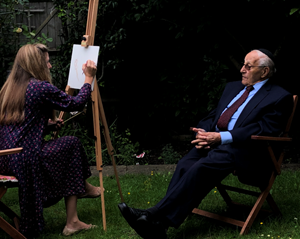 This year, to mark Holocaust Memorial Day on January 27, HRH Prince Charles commissioned portraits of seven Holocaust survivors to be displayed at Buckingham Palace. He has done this to pay tribute to the stories of seven remarkable Holocaust survivors, each of whom has in recent years been honoured for services to Holocaust awareness and education.

The Prince of Wales, who is Patron of the National Holocaust Memorial Day Trust, commissioned seven leading artists to paint the portraits as a living memorial to the six million innocent men, women and children who lost their lives in the Holocaust and whose stories will never be told. The profoundly moving portraits, which will become part of the Royal Collection, stand as a powerful testament to the extraordinary resilience and courage of those who survived.

The sitters and artists are:

The opening exhibition will take place January 27, 2022 at the The Queen's Gallery, Buckingham Palace