Pompidou Center Renovations Delayed Until After the 2024 Olympics 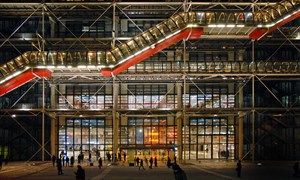 Paris’s Pompidou Center renovations is being pushed until after the 2024 Summer Olympics in Paris.

At the start of this year, Paris’s Pompidou Center announced a series of renovations that would require a four-year closure—now the closure is being pushed until after the 2024 Summer Olympics in Paris, to keep the cultural center open for visitors. The initial renovation plan, which included a host of building system efficiency and accessibility upgrades, as well as asbestos abatement, was scheduled to have started in 2023, which would have allowed the center to reopen in time for the institution’s 50th anniversary.

However, with only three years to tackle the project, newly appointed Pompidou Center president Laurent Le Bon was reportedly unsure of whether the new timetable could be met.