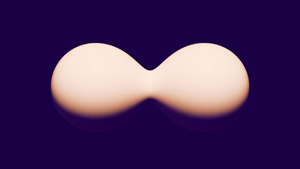 Pak was one of the early stars of the NFT space, as the first artist to earn more than $1 million total from tokenized artwork, and has continued to push the medium with Sotheby’s first NFT auction , experimental drops, and more.

Launched on Thursday at NFT marketplace Nifty Gateway , Merge is unique in that buyers didn’t purchase the actual Ethereum NFTs. Instead, they paid for “mass” tokens that will be combined to create dynamic, distinctive NFT collectibles following the token sale.

A representative for the company offered a softer stance today, telling Decrypt that it was “one of the largest NFT drops and from a living creator.” Some members of the crypto community had speculated that the sale topped $100 million, but Nifty Gateway’s final numbers show that the ultimate primary sale tally was just under $92 million.

Pak’s Merge NFTs will be minted starting today, according to a Nifty Gateway community manager , and the visual size and other elements of the NFTs are based in part on how many mass tokens are held in each wallet.