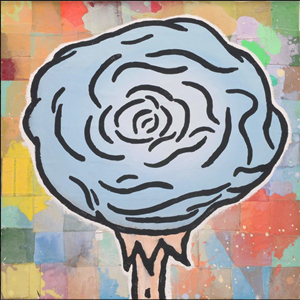 Donald Baechler, a New York artist whose painted collages gained a lot of notice in the 1980s, died at the age of 65.

Donald Baechler, a New York artist whose painted collages gained a lot of notice in the 1980s, died at the age of 65. Baechler died of a heart attack on Monday in Manhattan, according to a spokeswoman for his longtime New York gallery, Cheim & Read.

Baechler’s intentionally naive paintings, sculptures, and collages use widely recognizable symbols that are subsequently reduced to their simplest forms. People are flattened in his works, smushed ice cream cones ooze, and flower bouquets are shown as skinny black objects with only a few prickly petals.

Baechler rose to prominence in the 1980s as part of the Downtown New York movement, which included artists such as Keith Haring and Jean-Michel Basquiat, who worked in a similar style to that of children’s drawings.