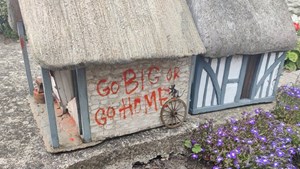 Another piece of street art possibly created by secretive graffiti artist Banksy has appeared in East Anglia. A new model of a miniature stable, which appears to have been signed by the artist, was found at Merrivale Model Village in Great Yarmouth, Norfolk, on Sunday morning.

Banksy-style art also appeared on Friday in Admiralty Road in the town, in Gorleston and in Oulton Broad and Lowestoft in Suffolk. None has yet been authenticated.

First spotted by a visitor, the new work is a model of a thatched stable depicting a small rodent that appears to be standing on a wooden wheel placed by the building. It is captioned "Go big or go home". 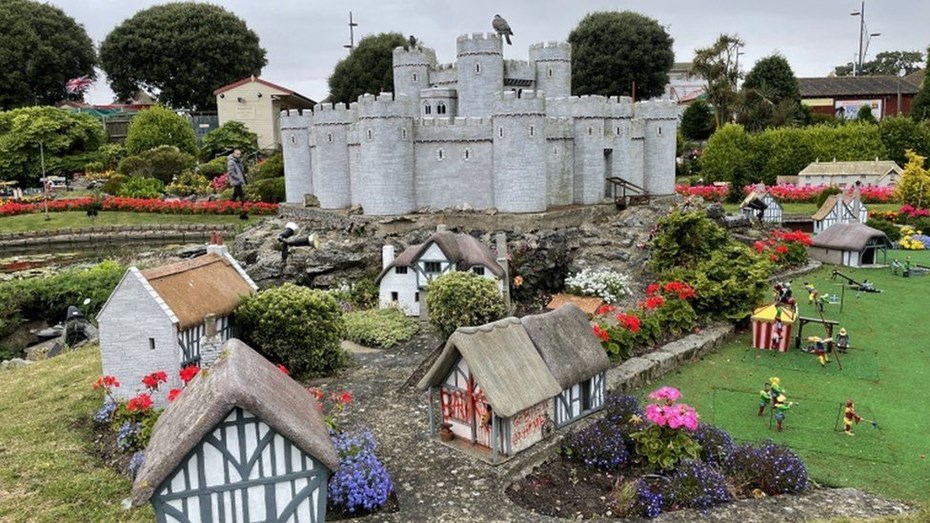 Owner Frank Newsome told the BBC: "It's not one of our cottages. Someone has brought it in.

"I'm a layman but we've Googled it and it does look genuine so we're now trying to ascertain via the Banksy website whether it is or it isn't."

He said the stable would be kept on display for visitors to the model village, but removed and stored safely elsewhere at night.

It would not be the first time Banksy has added his own work to an existing attraction.

He has previously visited galleries including Tate Britain, Le Louvre and four of New York's most prestigious museums, to place his work on their walls while wearing a disguise, and also positioned a doll dressed as a Guantanamo detainee at Disneyland.

It also carries on the theme of rats causing disruption. The animals, a long-time favourite of Banksy's, were captured messing up his bathroom during lockdown and spreading germs on the London Underground last summer.