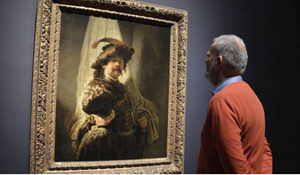 After the House of Representatives, the Senate has also approved the purchase of the painting The Standard Bearer by Rembrandt.

After the House of Representatives, the Senate has also approved the purchase of the painting The Standard Bearer by Rembrandt. State Secretary Uslu of Culture says that the purchase process can now be completed within four weeks, after which the Netherlands will officially own the work.

There was also some discomfort in the Senate about the timing of the purchase, initiated by former minister Van Engelshoven during the previous cabinet term.

Parties have difficulty with the government spending 150 million euros extra, while the cultural sector is having a hard time financially due to the corona pandemic. But they also don’t think it’s right to let the painting pass by the Netherlands.