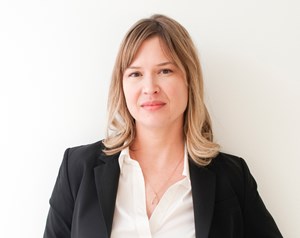 The Museum of Contemporary Art (MOCA) in Los Angeles has announced the appointment of Johanna Burton as Executive Director to lead the museum in partnership with Klaus Biesenbach, the Maurice Marciano Artistic Director.

The Museum of Contemporary Art (MOCA) in Los Angeles has announced the appointment of Johanna Burton as Executive Director to lead the museum in partnership with Klaus Biesenbach, the Maurice Marciano Artistic Director.

Burton comes to MOCA after an accomplished tenure as Executive Director of the Wexner Center for the Arts at The Ohio State University where she has concentrated on developing initiatives that build and strengthen staff, artist, and audience engagement, and which strongly consider museums’ role as a space of civic exchange. MOCA’s Board of Trustees today elected Burton to start on November 1, 2021.

MOCA announced the creation of the Executive Director role in February 2021 and launched an international search under the guidance of a search committee that includes David Johnson, Karyn Kohl, Barbara Kruger, Wonmi Kwon, Catherine Opie, Sean Parker, Heather Podesta, Carolyn Powers, Maria Seferian, and Chris Walker and the support of Spencer Stuart, a leading international executive search firm specializing in arts and cultural institutions. Burton was selected from a broad applicant pool based on her vision and experience in organizational leadership, as well as her demonstrated skills building teams, leading and developing people, engaging in strategic planning, driving results, and guiding change within the artistic field.

Johanna Burton said: “It’s thrilling to join MOCA’s team at this historic moment, and I am humbled to take a leadership role at such a pivotal institution for communities both local and international. MOCA’s artist-centered mission dovetails with my own commitment to creating platforms that foster artistic innovation and emphasize deep connections to audiences. By pursuing these goals and supporting the efforts of MOCA’s team, I’m looking forward to extending the museum’s legacy while strengthening bonds both within the institution and with the public. I’m excited to work closely with Klaus on visioning the next era of MOCA, listening closely to our staff and communities, while bringing the museum’s structures into ever-more vibrant alignment with the museum’s values.”

Klaus Biesenbach, Artistic Director of MOCA, shared: “I am excited to have such a strong partner in Johanna and eagerly look forward to collaborating with her. I have great respect for the integrity, perspective, and expertise Johanna will bring to our collective work serving MOCA’s team, constituencies and artists, its increasingly large and diverse public, and all residents of Los Angeles. I am looking forward to focusing my work as Artistic Director to further expand MOCA being the experimental, innovative, influential and boundary-breaking museum of contemporary art that it has been since its inception and to grow the museum’s reach to broader constituencies, audiences and partners, locally and internationally. MOCA is always contemporary and pioneering in its program, and now we are introducing a new, exemplary institutional model.”

As Executive Director of MOCA, Burton will join Artistic Director Klaus Biesenbach in leading one of the most important museums of contemporary art in the world, holding an extraordinary collection comprising more than 7,500 objects and a record of organizing international, ground-breaking, and scholarly exhibitions. MOCA is the only independent, artistfounded museum in Los Angeles dedicated solely to exhibiting and collecting contemporary art.

Burton’s arrival at LA MoCA comes just months after the museum lost two key figures: Mia Locks, who in April resigned as senior curator and head of new initiatives, citing the inability of museum leadership to embrace MoCA’s IDEA program, of which she was in charge; and human resources director Carlos Viramontes, who left in February owing to what he characterized as a “hostile” environment.