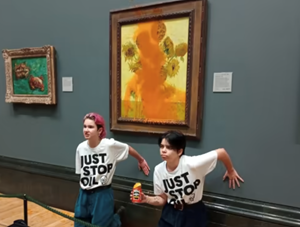 Just Stop Oil activists have been arrested after covering a Vincent van Gogh Sunflowers painting with tomato soup at the National Gallery.

Just Stop Oil activists have been arrested after covering a Vincent van Gogh Sunflowers painting with tomato soup at the National Gallery.

Two women targeted the iconic art work, which is worth an estimated £72.5 million, shortly after 11am on Friday in what the group says is a "response to the government’s inaction on both the cost of living crisis and the climate crisis." 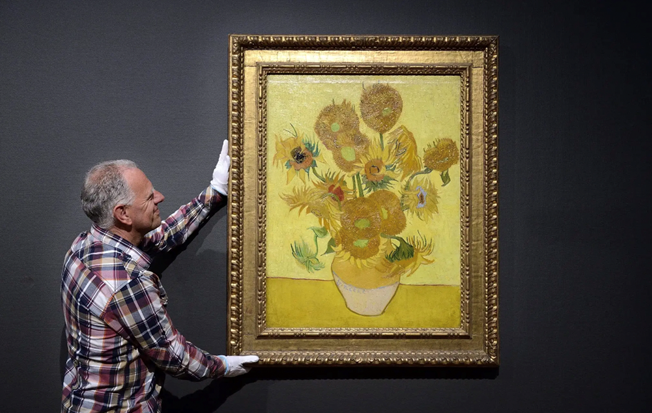 The protestors, wearing Just Stop Oil T-shirts, threw two tins of Heinz Tomato soup over the 1888 work, before kneeling down in front of the painting and applying glue to their hands to stick themselves to a nearby wall.

Visitors were subsequently escorted out by security, closing doors to room 43 of the gallery where the painting hangs.

One of the climate change activists, 21 year-old Phoebe Plummer, then shouted: "What is worth more? Art or life? Are you more concerned about the protection of a painting or the protection of our planet and people?"

She also referenced the cost of living crisis and "millions of cold, hungry families" who "can't even afford to heat a tin of soup".