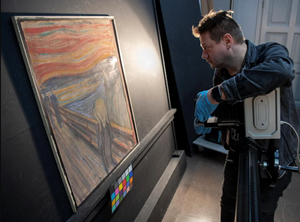 Following years of speculation, curators at the National Museum of Norway have confirmed that a small and barely visible sentence on Edvard Munch’s The Scream was penned by the artist himself.

One of the most well-known paintings in the world, The Scream has become a radical and timeless expression of human anxiety. In preparation for its instalment in the new National Museum of Norway due to open in Oslo in 2022, the original 1893 version of The Scream has undergone thorough research and conservation.

Curators took particular interest in a small inscription written in pencil in the top left-hand corner of the painting which reads "Can only have been painted by a madman". Added on top of the paint after Munch completed it, the origin of the sentence has always been something of a mystery. Was it an act of vandalism done by an outraged spectator, or written by Munch himself?

Using infrared technology to analyse the handwriting and comparing it with Munch’s notes and letters, as well as details of events surrounding its first public showing, curators at the National Museum of Norway can now conclude that the writing is Munch’s own. 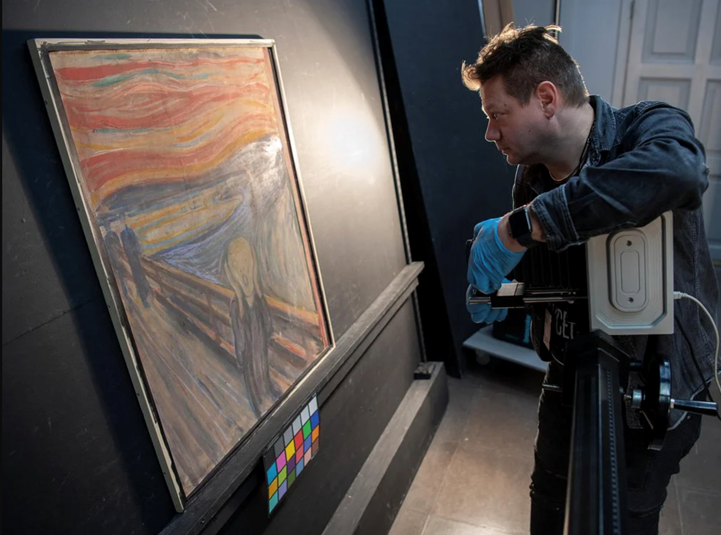 Mai Britt Guleng curator at the National Museum says: "The writing is without a doubt Munch’s own. The handwriting itself, as well as events that happened in 1895, when Munch showed the painting in Norway for the first time, all point in the same direction."

The catalyst for the inscription on The Scream is thought to be an incident in 1895 when Munch exhibited the painting for the first time in his native Kristiania (later Oslo). The work provoked furious criticism and public speculation on Munch’s mental state. At a discussion night at the Students Association, where Munch is believed to have been present, the young medical student Johan Scharffenberg questioned Munch’s mental health claiming that his paintings proved he was not of sound mind. It is likely that Munch added the inscription in 1895, or shortly after in response to the judgment on his work.

Munch was profoundly hurt by the accusations and returned to the incident again and again in letters and diary entries. Both his father and sister suffered bouts of depression and Munch was finally hospitalised after a nervous breakdown in 1908.

Edvard Munch at the National Museum

Visitors will be able to see the writing for themselves when the painting goes on display in the National Museum’s new building due to open in Oslo in 2022. The Scream will be displayed with a number of Munch’s most iconic works, such as Madonna, The Dance of Life and Self-Portrait with Cigarette, in the new Munch room.

"New research adds greatly to our experience of artworks. We will never be finished with Munch’s art. Every time we ask a question about his works, new answers and perspectives comes up", says Director of the National Museum Karin Hindsbo.