ICOM to Establish Protocol on Respecting Code of Ethics During Conflicts 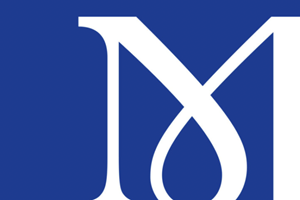 On August 19th, the Executive Board unanimously approved a recommendation to establish a protocol to address conflicts as part of the ongoing revision process of the ICOM Code of Ethics for Museums

On August 19th, the Executive Board unanimously approved a recommendation to establish a protocol to address conflicts as part of the ongoing revision process of the ICOM Code of Ethics for Museums.

Since February 24th, the International Council of Museums (ICOM) has been closely monitoring the war in Ukraine with growing concern. As a non-governmental organisation (NGO) dedicated to the protection of cultural heritage worldwide, ICOM strongly condemns the deliberate destruction of Ukrainian cultural heritage by Russia and reminds it of its obligations as a State Party to the 1954 Hague Convention for the Protection of Cultural Property in the event of armed conflict and its First Protocol.

ICOM, its Committees, its Members and Secretariat have been working tirelessly to support their fellow museum professionals in Ukraine, sending material aid, organising relief efforts for refugees and acting as a bridge between local and international stakeholders. Furthermore, in the coming weeks, ICOM will publish an emergency Red List of Cultural Objects at Risk for Ukraine to combat illicit traffic following the invasion.

ICOM wishes to reiterate its gratitude to the international museum community for their outpouring of support to Ukraine. ICOM also acknowledges ICOM Russia’s statement from February 26th asking that the provisions of the 1954 Hague Convention be observed and their recent communications expressing their commitment, along with all ICOM Members, to the ICOM Code of Ethics for Museums.

ICOM has a duty to unite the museum community against the deliberate destruction of cultural heritage and to advocate for museums as an important means of mutual understanding and peace. As a network of museum professionals, ICOM also defends the independence of museums, while upholding excellent standards of museum practice. The findings of the Museum Watch Governance Management Project, conducted by the ICOM International Committee for Management (INTERCOM) and CIMAM, note a worrying trend of increased political interference in museums and cultural institutions.

Following discussions with the President, the Director General and the Secretariat, the Chair of the Advisory Council, and the Spokespersons of the National and International Committees, the Executive Board of ICOM recognised the need for a global perspective on how to ensure that the provisions of the ICOM Code of Ethics for Museums are respected in the context of conflicts ­— armed, ideological and of any nature, wherever and whenever they may take place.

Therefore, on August 19th, the Executive Board unanimously approved a recommendation to establish a protocol to address conflicts as part of the ongoing revision process of the ICOM Code of Ethics for Museums. This will take into account the different national contexts of ICOM Committees vis-à-vis their national governments and include strategies for supporting them. Given the global scale of current conflicts, the Executive Board has recommended that this protocol be given priority by the ICOM Standing Committee for Ethics (ETHCOM) immediately following the Triennial Conference in Prague.

In times of both peace and conflict, ICOM supports and advocates for the independence, integrity and professionalism of museums and museum professionals, in accordance with the Code of Ethics for Museums and the ICOM Statement on the Independence of Museums (2018).