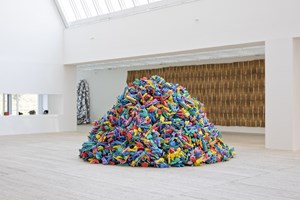 Hassan Sharif (1951–2016) was born in Iran and was a pioneer of experimental contemporary art in the Middle East. Apart from the time he spent in London as a student in the early 80s, he worked in the Dubai and Sharjah emirates in the United Arab Emirates throughout his life. Sharif is now regarded as one of the region’s most influential 20th century artists. Among younger Arabic-speaking artists, he is considered an important, established trailblazer, but it is only recently that his oeuvre has reached a broader audience in Europe. 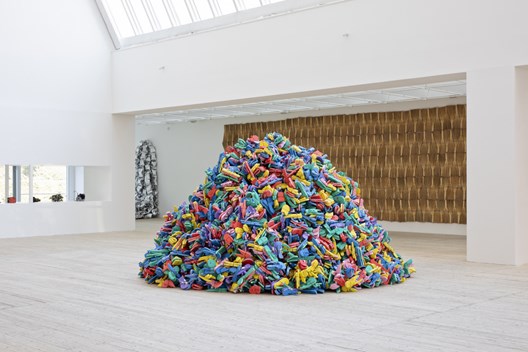 During his lifetime, Sharif created a complex and multifaceted body of work that includes drawings, paintings, performance pieces, sculptures, and installations. However, the title of the exhibition, which is a quote from the artist himself, suggests that his entire oeuvre can be approached as a single artwork, because of the way his conceptual work revolved around notions of duration and repetition.

Sharif grew up in a time of social and economic upheavals, which was largely defined by the discovery of oil in the area in the 50s. The cultural and social changes that this brought about are reflected in many of his works. Sharif developed his critical voice early in life: from his teens until 1979, he published satirical cartoons about everyday life and politics in the weekly newspaper Akhbar Dubai. A selection of these has been included in the exhibition, along with several portraits and self-portraits.Hassan Sharif. 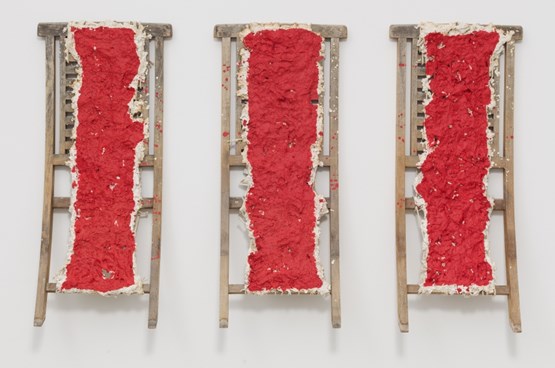 Growing up, Sharif first encountered Western modern art in the few art books he could get hold of, which happened to be in English. Marcel Duchamp remained a strong source of inspiration thanks to his great interest in the banal and mundane, but Hassan’s studies in London also introduced him to newer art movements such as abstract expressionism, minimalism, pop art and Fluxus.

Despite being so influenced by Western art, Sharif developed an artistic idiom of his own, which reflected the landscape, society, and visual culture he lived in, as well as the changes that they underwent during his lifetime. The Hatta desert was the stage for his early experiments in performance art: simple, repetitive exercises, documentation of which is shown in the exhibition. The great souks or markets of Dubai and Sharjah served as exhibition venues, sources of inspiration, and material supply for many of his works. His time abroad had made him more conscious and aware of his country of origin.

Hassan Sharif wanted to make art accessible to the general public, not just to art experts and collectors. This contributed to his early decision to work non-commercially, in the public spaces of the Emirate of Sharjah. He created his works out of cheap everyday materials, or mass-produced objects acquired from markets. Art can just as well be made from plastic cups, cutlery, flip-flops, blankets, or cheap toys as from any other material–this notion reflects his critical stance towards the consumer culture that emerged in the Gulf region after the discovery of oil. Many of the works in this exhibition explore the evolution of the city and of consumer society. 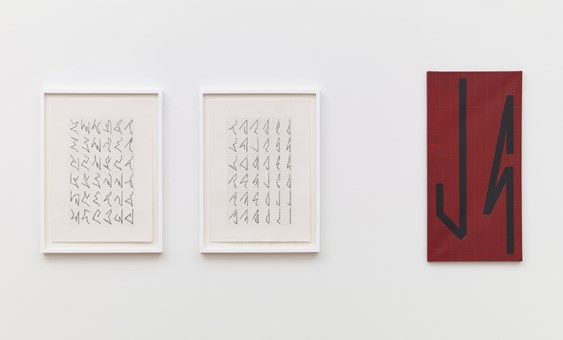 Hassan Sharif played a decisive role in the development of the UAE’s art scene, on the one hand by introducing contemporary art, and on the other hand by aiding younger artists through his work as an artist, teacher, critic, writer, translator, and mentor. He founded several significant arts venues and helped bring about the very first exhibitions of contemporary art in the region.

The exhibition includes just over 150 pieces, which range from early satirical cartoons and documentation of the performances in the Hatta desert to sculptural works that were produced in the last year of his life. The emphasis in the exhibition is on sculptures and objects. 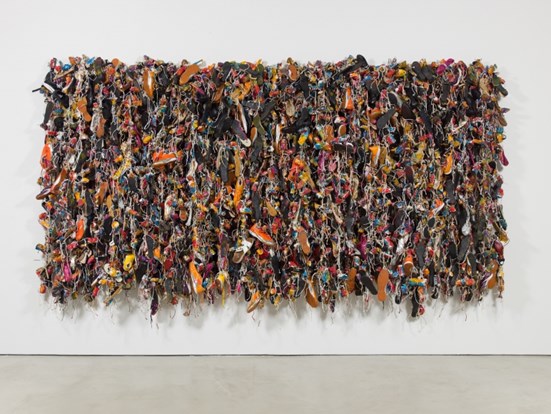