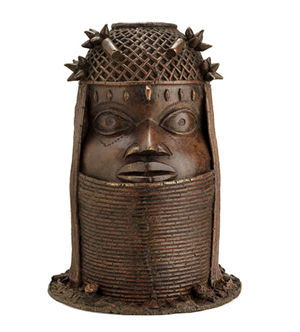 Glasgow City Council has voted to return a number of cultural artefacts from its museum collections, including the repatriation of seven Indian antiquities, in a move which is the first of its kind from a UK museum.

Glasgow City Council has voted to return a number of cultural artefacts from its museum collections, including the repatriation of seven Indian antiquities, in a move which is the first of its kind from a UK museum.

Six of the artefacts were stolen from Hindu temples and shrines during the 19th century, while the seventh was illegally purchased, sold and smuggled out of India. All seven items were subsequently gifted to the city’s museum collection.

The Indian government has agreed to meet the full cost of the return of the artefacts, and a meeting is planned this month to consider the logistical issues including export licenses and potential costs.

The council has also agreed to return 17 bronze Benin artefacts to Nigeria, having established that the objects were taken from ancestral altars at the Royal Court of Benin during the British Punitive Expedition of 1897. The cost of returning the artefacts is estimated to be around £30,000 and discussions continue on the most cost-effective way to repatriate them, bearing in mind other repatriation requests currently being considered by other UK museums.

Finally, Glasgow will fund the repatriation of 25 Lakota cultural items that were sold and donated to the city’s museum collection by George Crager in 1892. Some of these items were taken from the Wounded Knee Massacre site following the battle in December 1890, some were personal items belonging to named ancestors, and the remainder are ceremonial items, all of which represent the belief, history and values of the Oceti Sakowin.

The cost of repatriation to the Le Beau family, who are representing the Cheyenne River Sioux Tribe and the Oglala Sioux Tribe, could cost as much as £40,000.

“The return of these objects from Glasgow Life Museums’ collection to their rightful owners represents the largest-ever repatriation of cultural artefacts from a Scottish museum and is a significant moment for our city – specifically, the repatriation of seven Indian antiquities is the first of its kind to India from a UK museum,” said Duncan Dornan, the head of museums and collections at Glasgow Life.

“By addressing past wrongs, we believe these returns will, in a small way, help these descendant communities to heal some of the wounds represented by the wrongful removal of their cultural artefacts, and lead to the development of positive and constructive relationships between Glasgow and communities around the world.”

Glasgow City Council's cross-party Working Group for Repatriation and Spoliation met on 1 March and recommended the return of requested cultural artefacts to their originating communities, and this was approved at a meeting of the council’s City Administration Committee on 7April.

Glasgow Life has also announced the appointment of Susan Deighan as its new chief executive. She will take up the new role on 25 April, replacing Bridget McConnell who is retiring after nearly 24 years leading the charity.

Deighan has held a number of senior positions at Glasgow Life, including deputy chief executive, and director of city marketing and external relations.

“Susan’s passion for Glasgow, and for culture and sport, is infectious,” David McDonald, the chair of Glasgow Life, said. “She’s a tremendous asset to the city – a natural leader and strategic thinker, and her knowledge, creativity and networks will ensure Glasgow Life continues to play a critical role at the heart of Glasgow’s communities.”

Deighan added: “I’m really delighted to be appointed the new chief executive of Glasgow Life; the wonderful charity which benefits the people of Glasgow through culture and sport. I’m looking forward to working with colleagues and partners to contribute to the city’s social and economic recovery and to leading Glasgow Life towards an ambitious and sustainable future.”