First Official Joint Portrait of The Duke and Duchess of Cambridge 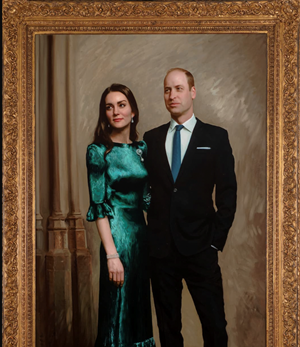 The first official portrait of The Duke and Duchess of Cambridge, by award-winning British artist Jamie Coreth, has gone on public display at the Fitzwilliam Museum.

The first official portrait of The Duke and Duchess of Cambridge, by award-winning British artist Jamie Coreth, has gone on public display at the Fitzwilliam Museum.

The Duke and Duchess had the opportunity to view the painting, commissioned in 2021 by the Cambridgeshire Royal Portrait Fund, on Thursday 23 June. During their visit, Their Royal Highnesses met with Jamie Coreth, supporters of the project, and Lady Sibyl Marshall – the wife of the late Sir Michael Marshall, who originally proposed the idea to create the portrait. 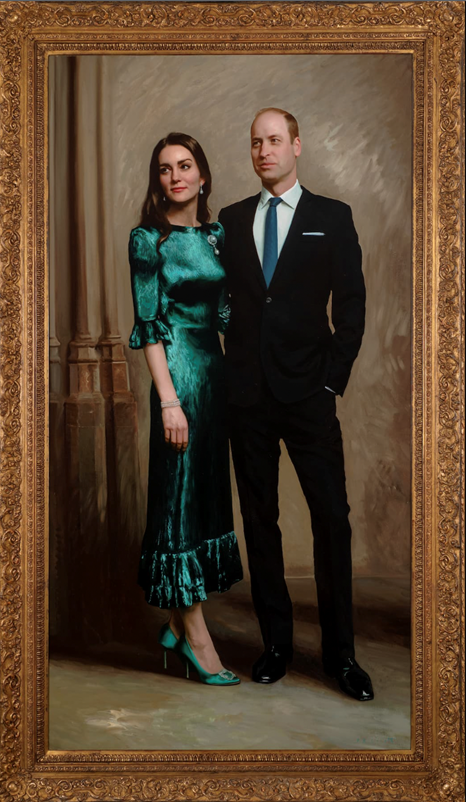 During the visit, children from Year 3 at The Shade Primary School and Year 9 at Soham Village College, part of the Staploe Multi Academy Trust, took part in an a Looking at Art: People and Places session which focuses on how people are depicted in art. Whilst on display at the Fitzwilliam, the Cambridgeshire Royal Portrait Fund will continue to work with the Museum to ensure the portrait is used as a means of encouraging children and young people of all backgrounds from across the county to take an interest in art in all its forms.

'It has been the most extraordinary privilege of my life to be chosen to paint this picture. I wanted to show Their Royal Highnesses in a manner where they appeared both relaxed and approachable, as well as elegant and dignified. As it is the first portrait to depict them together, and specifically during their time as The Duke and Duchess of Cambridge, I wanted the image to evoke a feeling of balance between their public and private lives. The piece was commissioned as a gift for the people of Cambridgeshire, and I hope they will enjoy it as much as I have enjoyed creating it.'

Visitors will be able to view the portrait at the Fitzwilliam Museum for an initial period of three years, after which the artwork will be exhibited in other community spaces and galleries around Cambridgeshire.