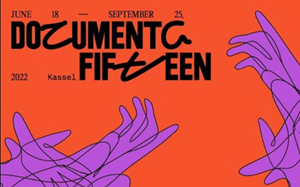 On Saturday, August 6, 2022, documenta fifteen reached the halfway point of its 100-day run. By the 50th day, more than 410,000 visitors had visited documenta fifteen at 32 exhibition venues enjoying works by more than 1,500 artists. This means documenta fifteen's interim figures are close to those of the previous edition that boasted the hitherto highest number of visitors, and this despite the Covid-19 pandemic: documenta 14 was visited by 445,000 people during the first half of its run in Kassel.

In keeping with lumbung values such as generosity and solidarity, documenta fifteen is offering the solidarity ticket for the first time in documenta history, which is intended to give as many people as possible access to the exhibition: By purchasing it at the regular ticket price, one provides free access to the exhibition for one additional person. The solidarity ticket has already been purchased over 3,000 times and has been very well received.

So far, around 36,000 visitors have taken part in the Walks and Stories section – how the guided tours by the sobat-sobat art educators are called. That is almost 20,000 less than at documenta 14, where there were already 54,000 at the halfway point. From the point of view of documenta gGmbH, this drop is probably mainly due to the Covid-related impacts on the business and group travel market.

According to the first interim results of the visitor survey, the ratio of visits from Germany to those from abroad, at around 70/30 percent, seems to roughly correspond to the result of documenta 14, at 65/35 percent.

The days of documenta fifteen with the highest number of visitors were Saturdays, followed by Fridays. Tuesdays were also better attended than other weekdays. The most frequented venues were Fridericianum, documenta Halle, Hallenbad Ost and Hübner Areal.

Events and activations are an integral part of documenta fifteen. As part of the lumbung and ruruHaus program, more than 830 events by participating artists and their cooperation partners have already taken place during the runtime. Meydan, with its packed program concentrated on three weekends of the runtime, had its successful kick-off from July 8–10, 2022 in the city center. Meydan #2 will take place next weekend, August 12–14, 2022, in cooperation with the Schlachthof Cultural Center and will present a series of concerts and events as well as the GDR International film program at the Gloria cinema.

The Artistic Direction ruangrupa as well as the artistic team are pleased that they have already been able to involve so many people with the community-oriented documenta fifteen: they see Kassel and documenta fifteen as an important stop for all participants on their joint lumbung journey: "The lumbung community has already begun to connect with Kassel's urban society and its multitude of different communities, but also with the ekosistems of the artists in other places, in the ruruHaus before the opening. We wish that documenta fifteen can run its course until September 25 with all the activities that we – ruangrupa, the artistic team, artists and cooperation partners – have planned for it with the involved ekosistems. Together, we want to trigger impulses that can create sustainable changes in thinking and acting for all guests and participants even beyond the 100 days. The working groups, such as lumbung Gallery, lumbung Kios, lumbung.space and lumbung Radio are also working intensively on this. We would like to already now express our great appreciation and gratitude to all the visitors, artists, team, supporters, and partners."

In order to strengthen documenta fifteen as a place of mutual learning and understanding, the Artistic Direction is currently adding contextualizations in various formats to several works in the exhibition. This process has already been initiated and will be successively continued.

In addition, the intended bilingualism (English / German) in the exhibition will be increasingly pursued by adding more label and wall texts in German to increase the accessibility of the contributions.