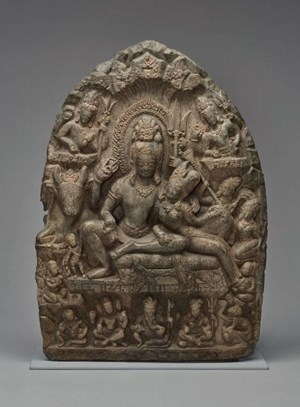 The Denver Art Museum (DAM) has returned an ancient stone sculpture from its collection to the people of Nepal.

The Denver Art Museum (DAM) has returned an ancient stone sculpture from its collection to the people of Nepal. Ownership of the artwork, called Figure of Uma-Maheshvaramurti, was transferred from the museum to representatives from the Nepalese embassy.

“The museum has been in dialogue with officials in Nepal about this object for several months, and began taking appropriate steps to deaccession the work and prepare it for its return home,” said Christoph Heinrich, the Frederick and Jan Mayer Director of the Denver Art Museum. “We are delighted to welcome Dr. Yuba Raj Khatiwada, the Ambassador to the United States from Nepal, to the Denver Art Museum today to begin the artwork’s journey home.”