CIMAM Proposes a Set of Governance Clauses for Museum Ethics 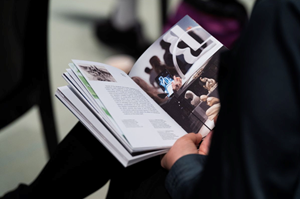 These clauses are intended to address the growing vulnerabilities museums face in relation to interference, increasingly political, from their ‘Founders’ or ‘Governing Bodies’ which can undermine the Museum’s mission and values and their ability to operate with the curatorial independence required to create an open space in civil society.

In an increasingly volatile and risky environment of growing political interference in museum management that calls into question the neutrality of museums in their knowledge-sharing role and thus reduces their autonomy in professional decision-making, CIMAM's Museum Watch Committee developed a collaboration with INTERCOM to investigate this issue noted in their reflections on crisis situations that the core of the problem was often a lack of clarity about governance. This research led to the publication Museum Watch Governance Management Project (ICOM, 2022) – MWGMP hereafter – released on May 3, 2022. The set of clauses presented in this document results from that CIMAM/INTERCOM research.

The new text presented here, the Ethical Clauses of Governance, has been drafted by CIMAM. It was endorsed by INTERCOM, which also gave additional input. It is meant to be a paper in preparation for the revision of the ICOM Ethical Code for Museums which is at hand. The text, however, also has validity on its own behalf. Therefore, CIMAM makes it here available, as a reference for governing bodies, museum staff, and their interrelation.

The text begins with a general recommendation to enable stronger leadership and management practices within museums, identifying all the constituent positions that make up a museum and the relationships between them as a basis for ethical behavior.

It points out the three main actors that can make up the body of a museum, the Founders, the Governing Bodies, and the Director and staff, and notes that it is essential to be clear about each of their different roles. This general recommendation also stresses that it is crucial to define ethical principles and establish clearly who is responsible for applying and monitoring these principles in practice.