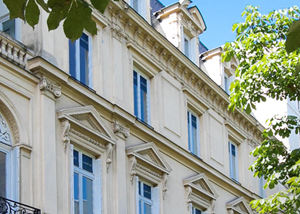 Established on avenue Hoche in Paris and chaussée de Charleroi in Brussels, Cornette de Saint Cyr is an essential reference in the French and international art market. It has organized major sales of collections such as the collection of modern paintings by Alain Delon in 2007, the estate of the Franco-Japanese painter Foujita in 2011, the furniture of the Hôtel Royal Monceau in 2008 or the collection of Hélène Rochas in 2016.

The sale of the Asian Art Collection of Robert & Jean-Pierre Rousset: A Century of Collection which will take place on October 25 and 26, 2022 avenue Hoche will present the personal collection of the Rousset family assembled for three generations.
This acquisition consolidates the Bonhams network in France, the auction house having extended its activity in France in September 2021 by opening an auction room in Paris, rue de la Paix. It will also strengthen Bonhams' presence in Europe to support the expansion of the company's European and international network.
Bonhams was acquired by UK investment fund, Epiris, in September 2018. Since then, significant investment has been made at Bonhams in the areas of digital, marketing and recruitment.

Bruno Vinciguerra, CEO of Bonhams, said: "Cornette de Saint Cyr is one of the best-loved auction houses in France. Like Bonhams, it is steeped in a family tradition - and we are delighted that Arnaud Cornette de Saint Cyr remains the CEO. Like his father before him, Arnaud has developed a company to which great French names have entrusted their collections. Bonhams' acquisition of such a renowned auction house is an important element of our strategy to make Bonhams a truly global player with a balanced presence in the US, Europe and Asia."

Catherine Yaiche, Managing Director of Bonhams France, said: "We are delighted to welcome Arnaud and his brother Bertrand Cornette de Saint Cyr, and their team to the Bonhams family. The company has two beautiful sites - at Paris and Brussels - which are suitable settings for auctions. This is an important step in our project to consolidate Bonhams' position in France and Europe."

Hans-Kristian Hoejsgaard, Chairman of Bonhams, said: "With three additional auction houses in the Bonhams family since last January, the acquisition of Cornette de Saint Cyr is another important step for Bonhams as it plans to become the local auction house of the world."

Alex Fortescue, Managing Partner at Epiris, said:
"This acquisition represents a huge step forward affirming our ambitions in an important market and cements Bonhams' central place in the auction market. Well-planned and executed mergers and acquisitions are an essential part of our strategy to strengthen the size, strategic position and growth of the companies in which Epiris invests. Bonhams truly embodies this."