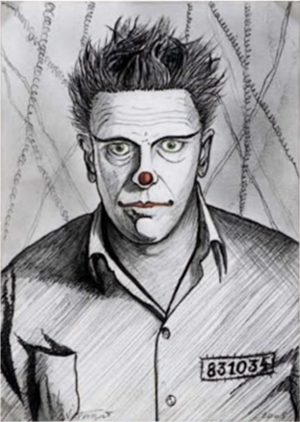 The Public Prosecution Service is requesting a sentence of 3 years imprisonment for famous Belgian visual artist and theatre maker, Jan Fabre who is facing allegations of sexual harassment, violence and one case of indecent assault.

The Public Prosecution Service is requesting a sentence of at least 3 years imprisonment for famous Belgian visual artist and theatre maker, Jan Fabre who is facing allegations of sexual harassment, violence and one case of indecent assault.

This is the maximum sentence for acts of bullying, violence and sexually undesirable behavior in the workplace for which he is being accused. Fabre is said to have bullied and humiliated several dancers from his dance company Troubleyn. He is also charged with sexually transgressive behavior and assault, all of the allegations he has vehemently denied.

In one of his theatre performances, some employees recounted that they were offered drugs and alcohol to feel ‘freer’, leading them to participate in daring photo shoots and they were not allowed to talk about it. The victims were often very young dancers and interns, for whom a solo meant enormous career opportunities.

"No sex, no solo was just reality," said lawyer An-Sofie Raes when she corroborated the concrete testimonies.

Jan Fabre was not present in court. He is expected to appear in court next week when the defence comes to speak.

The trial is scheduled to take place within two days, commencing Friday 25, March, 2022 to be concluded by the next Friday.