Beatrix Ruf Resigns as Director of the Stedelijk Museum Did a Conflict of Interest Really Take Place? 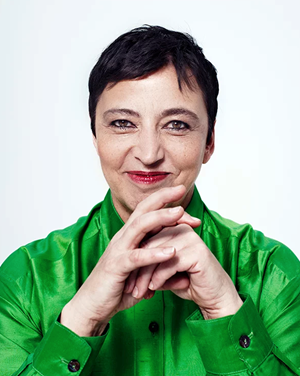 Born in Germany, Ruf has built a strong reputation as one of the art world’s most powerful voices. But, over the last few weeks, Ruf has been subject to intense media scrutiny following accusations of a conflict of interest in her role at the Museum. Whilst serving as Director, claims have arisen that Ruf has continued to run an independent art advisory service.

On October 17th, 2017, Stedelijk Museum in Amsterdam issued a press release announcing the resignation of Beatrix Ruf, the museum's Director.

Born in Germany, Ruf has built a strong reputation as one of the art world’s most powerful voices. But, over the last few weeks, Ruf has been subject to intense media scrutiny following accusations of a conflict of interest in her role at the Museum. Whilst serving as Director, claims have arisen that Ruf has continued to run an independent art advisory service. Journalists have speculated that this may have impacted her ability to make unbiased decisions when it comes to acquiring works and exhibitions for the museum.

Writing for Dutch publication NRC, journalists Daan van Lent and Arjen Ribbens launched an investigation into Ruf’s practices. In a lengthy article, they claimed that German collector Thomas Borgmann had announced a donation of 600 pieces of art to the Stedelijk. Borgmann also announced that he would be loaning the museum 10 major works from artists Isa Genzken and Martin Kippenberger.

The journalists also found evidence to suggest that Ruf and Borgmann had created a deal stating that in addition to the donations, the Museum would also receive 6 further works by German artist Michael Krebber, for which they would pay €125,000 each. Ruf also agreed to purchase an installation piece by Matt Mullican for €750,000. Details of the deal were not made public.

It’s also alleged that as part of the same deal, it was arranged for the Borgmann collection to be displayed at the Stedelijk Museum from November 26th. The journalists claim that this contract demonstrates a lack of transparency and that Ruf was subject to a significant conflict of interest.

The museum's press release stated that the resignation had been offered in the interests of the Museum following weeks of media speculation which were beginning to impact the Museum’s reputation.

Following three years at the Museum, Ruf has offered her resignation, stating “I value the interests of this outstanding institution, and place the interests of the Stedelijk first, above my own, individual concerns. In light of that, I feel that this is an appropriate moment for me to step down. I wish the museum every success in the future because that is what the Stedelijk, its exceptionally dedicated staff, visitors, and supporters, wholeheartedly deserve.”

Following the initial allegations, NRC have also uncovered Ruf’s private art advisory service, Currentmatters. In Ruf’s first year as Director at Stedelijk, they claim that Currentmatters made a profit of €437,306. According to the museum’s annual report, Ruf did not disclose this external interest. The Museum have stated that this omission was due to a ‘data processing error’.

Ruf has come under the media spotlight previously when a Mondrian she had acquired from a Swiss collector was discovered to be a fake whilst on loan to the Bozar in Brussels.

The museum have also confirmed that they will be commissioning an independent review. The result of the review will be made public.

The press release states that the artistic continuity of the museum will not be impacted and that the current Management Team, alongside an interim Business Director, will take over several of Ruf’s duties, building upon the strong foundations that have already been created. In December this year, the museum is expected to open STEDELIJK BASE, an exhibition with approximately 750 works ranging from the 19th century to the present day. The exhibition will include works by Van Gogh, Mondriaan, Malevich, Rietveld, Warhol, Kiefer, Koons, Sottsaas, Dijkstra and Dumas.