An Alien Sex Club for all: interview with John Walter 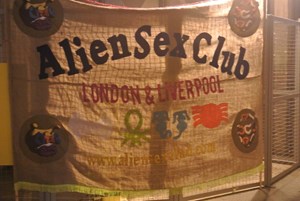 Those who like adventure with their art are currently well served at Ambika P3, that vast space for the University of Westminster in North London. Visitors follow bright signs to a sex club, indeed an Alien Sex Club. Passing through a towering veil of coloured organza, you are then invited to lose yourself in an array of boarded passages and darkened cells.

Those who like adventure with their art are currently well served at Ambika P3, that vast space for the University of Westminster in North London. Visitors follow bright signs to a sex club, indeed an Alien Sex Club. Passing through a towering veil of coloured organza, you are then invited to lose yourself in an array of boarded passages and darkened cells.

“The syntax of the show is the maze,” says Walter, speaking on the phone. Which means this exhibition is structured by a cruising playground of the sort more usually found in gay sex clubs. The artist has brought the cruise maze out of the shadows and into the faces of visitors of all orientations and levels of convention. 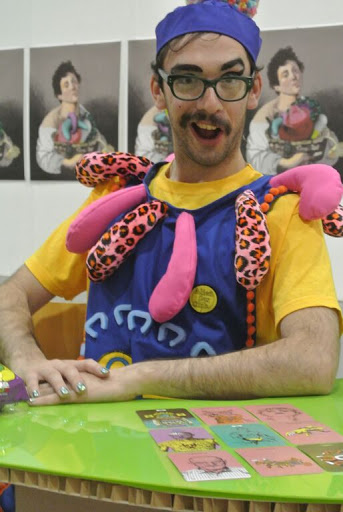 “This has started off with my own personal interest in these spaces and my own personal experience,” explains the artist, for whom the cruise maze provokes three hard-to-fathom questions: “What the hell this is, and why it’s like that, why has it grown up as a form?”

In a gallery context for perhaps the first time, the maze points to a promiscuity of looking, which may be the whole story of art.

“I’m always trying to get new things into the vocabulary of art and that’s through shoving things together and seeing if they can join,” says Walter. Indeed, so much has been put together to bring us this show that the vision is cosmic, though the artist is more keen to use linguistic terms. So a set of bespoke tarot cards are a “lexicon” rather than an occult portal. 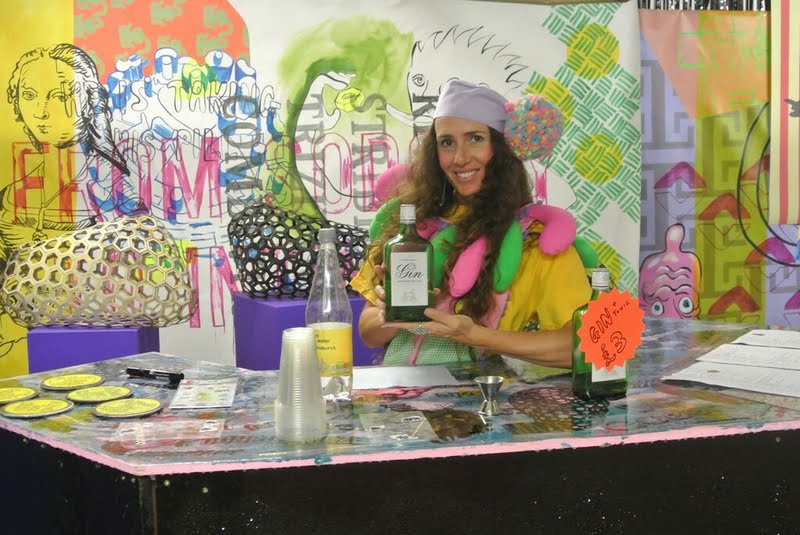 A character called Barbara Truvada, inhabited by a qualified performance artist, reads tarot for visitors and shares some of that lexicon. My question for Barbara was around the future for her creator and, after turning up several cards with references to recreational drug use, she diplomatically suggests that John Walter is ‘addicted’ to making artwork.

Looking round at the illustrative murals, the giant sketchbooks, the cardboard sculpture, the gin bar, and the clownish costumes, this claim seems hard to dispute. Alien Sex Club has been three years in the making, a collaboration with a team of five artists and some half a dozen scientists, chiefly Dr Alison Rodger from UCL. Scientists, you may wonder. Well, yes in fact. 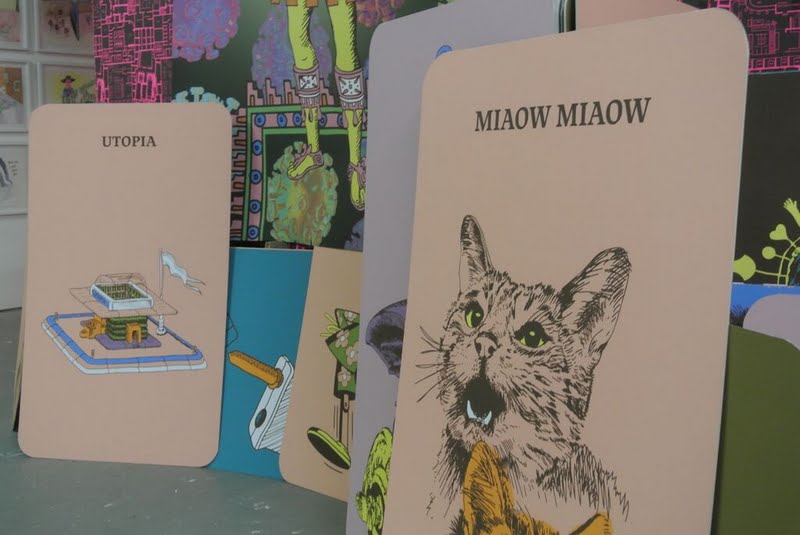 The colours may be bright and the welcome warm, but there is a darker side to this epic installation. As antiretroviral drugs have taken some of the fear away from AIDS, recent years have seen a rise in HIV infections among gay men. Along with the world’s first art cruise maze, Walter sets another precedent with an sculptural but fully operational rapid testing clinic for HIV.

Sex club design, drug fuelled ‘chemsex’ parties, the use of cruising apps like Grindr; these reference points are somewhat beyond this writer’s experience. But despite dealing with a self-described alien lifestyle, this is a welcoming, accessible and quite innocent show. 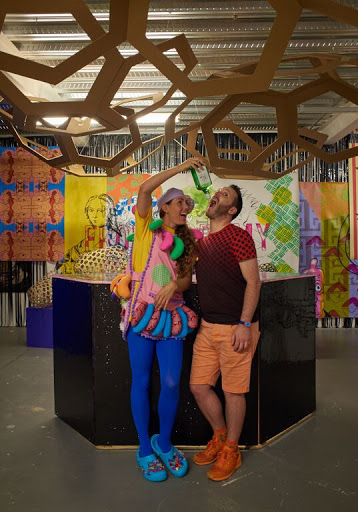 “This isn’t aimed at one particular audience,” says Walter. “It talks about a subject from a certain angle, but everybody is invited to this and everybody has a use for this.” Mind you, the thirtysomething artist, who is charm itself, has a warning: “I want that friendliness to be the lure for you”. Whatever precautions you take, Alien Sex Club could get under your skin.

Alien Sex Club can be seen at Ambika P3, London, until August 14 2015. It travels to Homotopia Festival in Liverpool between October 30 and December 1 2015. 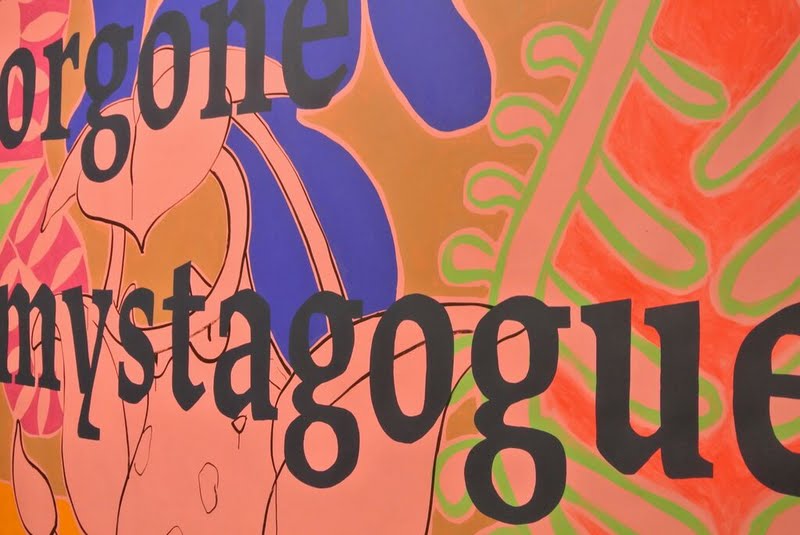 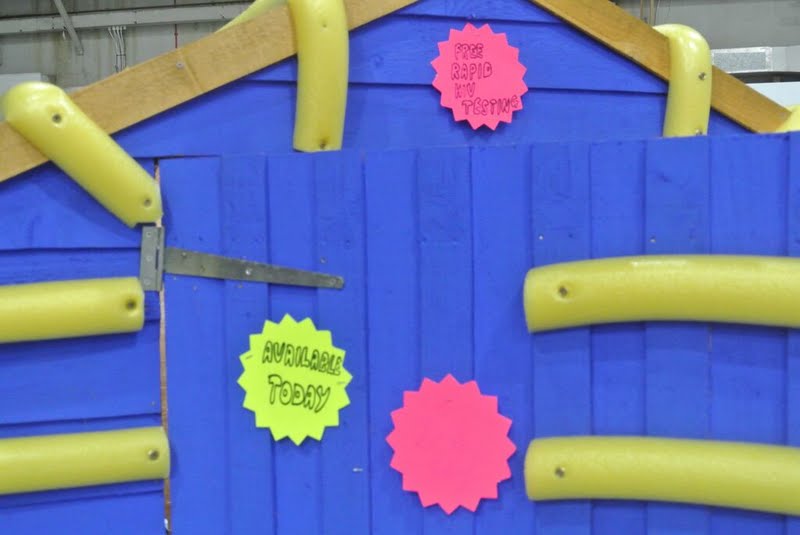 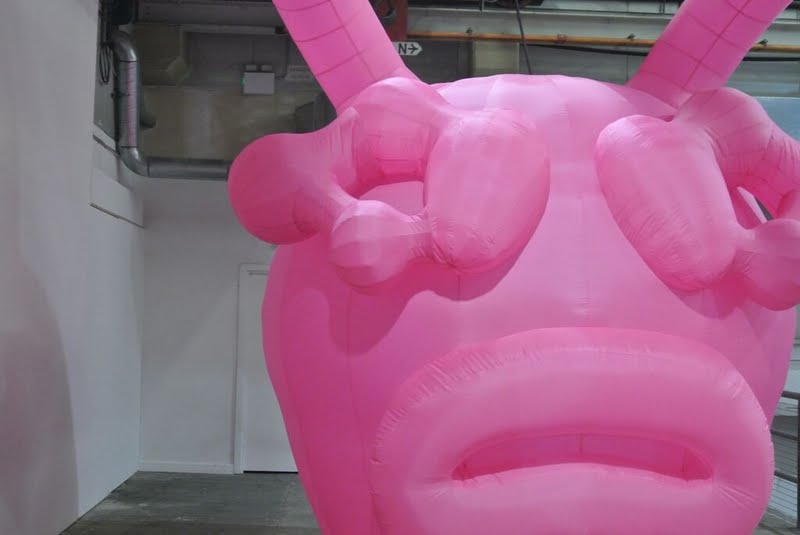