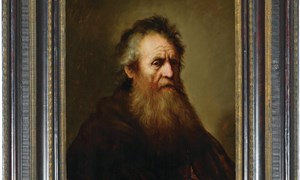 A Dutch painting stolen in the largest art heist in communist East Germany and recovered last year may be Rembrandt’s work, according to research and analysis by curators of Schloss Friedenstein in Gotha.

A Dutch painting stolen in the largest art heist in communist East Germany and recovered last year may be Rembrandt’s work, according to research and analysis by curators of Schloss Friedenstein in Gotha.

Dating from 1629 to 1632, the painting of an elderly man with a beard was one of five Old Masters works returned to Schloss Friedenstein last year, more than 40 years after they disappeared in the December 1979 theft. All five paintings have now been restored and can be seen in an exhibition at Schloss Friedenstein called Back in Gotha! The Lost Masterpieces, which runs until August 21, 2022.

The portrait of the old man, which was the most damaged of the five and suffered deep scratches during the theft, has been attributed over the years to Jan Lievens and Ferdinand Bol, a pupil of Rembrandt. But Timo Trümper, the exhibition’s curator, says analysis of the painting style has ruled out either artist being the author of the work. The attribution to Bol comes from the artist’s signature on the back, but Trümper says that may indicate that he owned the portrait, not that he painted it. He says that Bol may have acquired the work after Rembrandt’s bankruptcy in 1656.

The painting is very similar to a work in the Harvard Art Museums in the US. That work bears Rembrandt’s signature, although its attribution is also up for debate. Trümper says the underpainting of the Gotha work suggests it may have been the original and that the Harvard painting is a later studio copy.

“It’s a matter of interpretation,” he says of the Gotha work. ‘We can be sure that it originated in Rembrandt’s studio – the question is how much of it is Rembrandt and how much is his apprentices? We have already spoken to many colleagues. Half say: ‘No, it’s not Rembrandt, it’s one of his students.’ The other half say it’s an interesting theory and they can’t rule it out.” 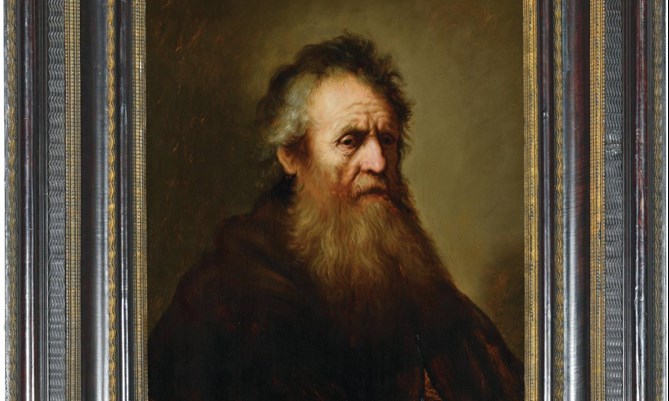 The painting has so far escaped the attention of Rembrandt scholars, partly because it had been missing for more than 40 years. It was recovered last year, along with four other works: a 1510 portrait by Hans Holbein the Elder of St. Catherine; a 1535 Frans Hals portrait of an unknown smiling, mustachioed gentleman in a large black hat and white collar; a country road with farm wagons and cows from the studio of Jan Brueghel the Elder; and a copy of an Anthony van Dyck self-portrait with a sunflower by a contemporary of the artist.

The Thief, according to an essay in the exhibition catalog of the mirror journalist Konstantin von Hammerstein, is now believed to be Rudi Bernhardt, a disillusioned East German train driver who smuggled the photos into West Germany, with the help of West German accomplices – a married couple who have since died and gave the paintings to their children has failed. Bernhardt died in 2016 taking his secret to the grave.

For Schloss Friedenstein, Germany’s largest Baroque castle with a collection built by the Dukes of Saxe-Gotha, theft was nothing new. All five stolen paintings had been looted once before, at the end of World War II, and ended up in the Soviet Union along with many other treasures. The palace has recorded about 1,700 items that are still missing from the German lost art database: Trümper says this doesn’t include the thousands of books and coins that were also lost.

The exhibition explores the fate of artifacts stolen from the 19th century to the present, including some 80 works returned over the decades, Trümper says.