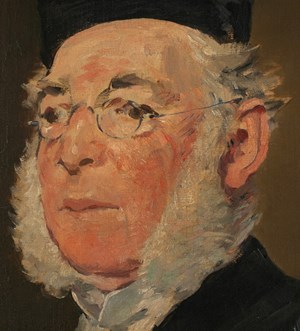 The European Fine Art Foundation (TEFAF) is pleased to announce Amgueddfa Cymru - National Museum Wales, is to receive €20,000, as the second recipient of this year’s TEFAF Museum Restoration Fund, an annual grant created in support of the international art community’s vital work to preserve artistic and cultural heritage.

With TEFAF’s funding, National Museum Wales will restore Édouard Manet’s (1832-1883) Portrait de Monsieur Jules Dejouy, 1879, a piece the museum attained in 2019 after more than ninety years in the same private family collection. Jules Dejouy (1815-1894) was not only Manet’s older cousin, but also an important figure in the artists life. He was a successful lawyer, appointed to the Imperial Court in France in 1849. After the death of the artist’s father in 1862, Dejouy was appointed as chief counsellor and guide to Manet and his brothers and Manet relied on him in key ways throughout his life. During the siege of Paris in 1870 the artist sent valuables to his cousin for safekeeping. Dejouy was also appointed by Manet as his executor and was part of the committee that organized the 1884 exhibition following Manet’s death, alongside Emile Zola, painters such as Fantin-Latour and dealers like Durand-Ruel and Georges Petit. This portrait was included in that exhibition. 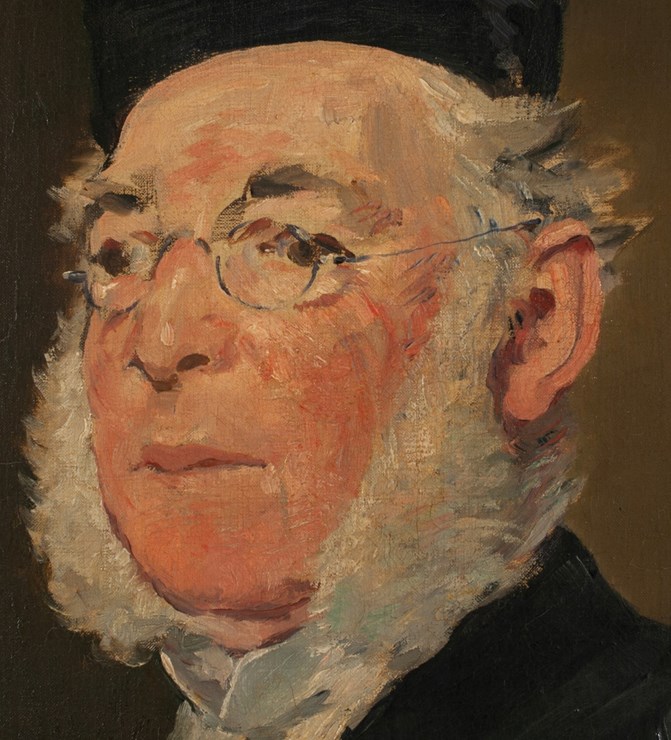 This oil on canvas work, originally owned by Dejouy, has remained in a relatively untouched condition, which is rare for a work of this period. The project will involve an exciting technical examination and conservation, leading to an improved understanding of the portrait, its presentation, and legibility as an artwork. Funding from TEFAF will additionally support historical research conducted by National Museum Wales to place Portrait de Monsieur Jules Dejouy into its proper art historical context, particularly as it relates to the other three Manet works in the museum’s collection: Effect of Snow at Petit Montrouge (1870-71), Argenteuil, Boat (1874), and The Rabbit (1881).

“This prestigious award from The European Fine Art Foundation (TEFAF) will enable National Museum Wales to restore and then re-introduce Manet’s Portrait of Monsieur Jules Dejouy  to the public after more than 90 years. As a registered charity, we are extremely grateful to TEFAF for their support and would also like to thank the Friends of the Museum and The Finnis Scott Foundation for their contributions.” Said David Anderson, Director General Amgueddfa Cymru - National Museum Wales. "Amgueddfa Cymru houses one of the world’s great collections of 19th- and early 20th-century French art, thanks to the generous bequests of the sisters Gwendoline and Margaret Davies. Manet’s portrait of Jules Dejouy will be very much at home here.”

“The painting is currently under a veil of surface dirt and discoloured varnish. Removing these will likely recover the subtlety in the painting and also re saturate the image to recover a sense of depth.” Said Adam Webster, Chief Conservator Art, Natural Sciences & Presentive Conservations at National Museum Wales, “Another important aspect of this project is the technical examination using ultraviolet light, raking light, infrared reflectography and x-radiography. These should give fresh insights into Manet’s working methods, for example in compositional changes and the painting process. Examination of pigments and layer structure with microscopy will also contribute to this and contribute to the body of knowledge existing on Manet’s technique.”

“Partnering with National Museum Wales on this project of discovery, scholarship, and conservation is a privilege and a pleasure,” said Ashok Roy, former Director of Science and Collections at the National Gallery in London and TEFAF Museum Restoration Fund Committee Member. “The TEFAF Museum Restoration Fund is honored to help preserve this important, and up until now, little-known picture by a cherished artist for generations to come.”