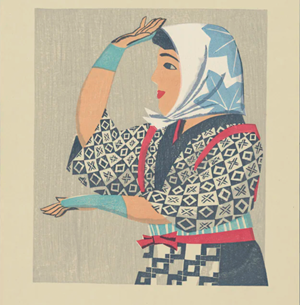 Elise Wessels has gifted, through the Für Elise Foundation, a substantial part of her collection to the Rijksmuseum, comprising more than 1,100 Japanese prints.

Elise Wessels has gifted, through the Für Elise Foundation, a substantial part of her collection to the Rijksmuseum, comprising more than 1,100 Japanese prints. The Nihon no hanga collection is one of the most important collections of 20th century Japanese prints in the world. Thanks to the gifting, the Rijksmuseum will be able to offer for the first time a representative overview of Japanese work on paper from the 17th to the 20th century. The Rijksmuseum will mark the donation with an exhibition in the Asian Pavilion, from 12 October 2022 to 16 April 2023, focusing on the multifaceted nature of Elise Wessels’s collection.

"With the help of private donors, the Rijksmuseum's collection of Japanese work on paper has become one of the most important in Europe. Thanks to this unique gist, this is also now one of the top collections of modern Japanese prints in the world." - Taco Dibbits, General Director of the Rijksmuseum. 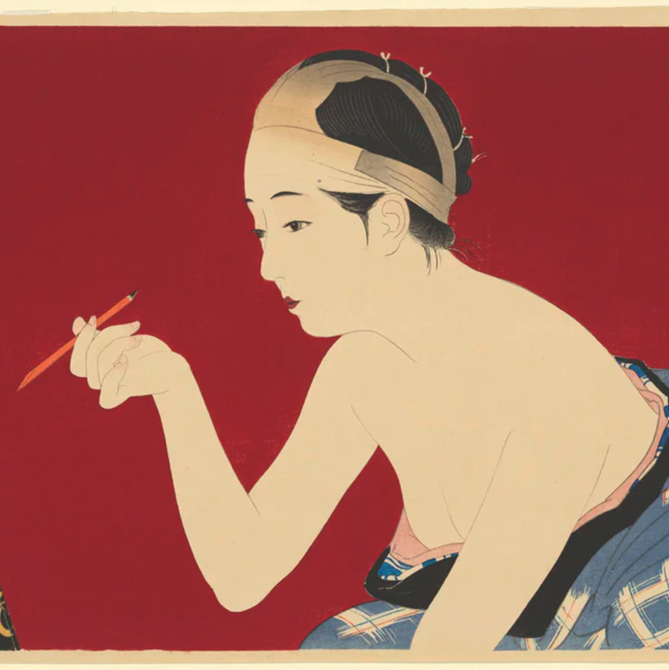 Donating my collection represents the fulfilment of my wish to ensure that it remains intact and can be shared with the public, now and into the future. Gifting such a large portion of my collection to the Rijksmuseum means that these beautiful prints will be available for everyone to admire, forever. - Elise Wessels

Elise Wessels Collection
Elise Wessels bought her first Japanese print in the 1980s, at the shop of the famous publisher Watanabe Shōzaburō. This marked the birth of a passion for collecting. She only bought prints that she found beautiful, and always remained true to this principle. As well as visiting Japan to acquire work, she also travelled elsewhere in Europe, and to the United States. With advice from experts, her collection grew to become a virtually complete compendium of Japanese prints from the first half of the 20th century. Prints from this period are defined by two different styles: sōsaku-hanga (creative prints), which places emphasis on innovation and explores subjects such as modern life and the city; and shin-hanga (new prints), which draws on the style from previous centuries. Elise’s decision to focus, from the outset, on both shin-hanga and sōsaku-hanga, is one of the reasons her collection is so unique and complete.

2009 saw the opening of her private museum, called Nihon no hanga, where, working together with the museum’s curator, Elise Wessels organises two exhibitions each year. In 2013, Elise Wessels became affiliated with the Rijksmuseum through a fund set up to increase the visibility of Japanese prints in the museum. This was followed in 2016 by the Japan Modern exhibition at the Rijksmuseum, featuring highlights from her collection. Elise Wessels is marking her 80th birthday by transferring a large proportion of her collection, including several rare items, through the Für Elise Foundation to the Rijksmuseum.

Japanese Prints in the Rijksmuseum

Exhibition in the Asian Pavilion

More than 60 of the donated prints will be on display in the Rijksmuseum’s Asian Pavilion from 12 October 2022 to 16 April 2023. The selected works trace the origins and development of shin-hanga and sōsaku-hanga, and reflect the diversity of the gifted collection. The exhibition will include a number of Elise Wessels’ personal favourites, including Diving (1932) and Portrait of Hagiwara Sakutarō (1949) by Onchi Kōshirō, and Pencilling Her Eyebrows by Itō Shinsui (1928). The catalogue Japan Modern from 2016 is being reissued to mark the occasion.