Reopening Museum in Antwerp: The Colonial Dark Side of the Museum Square 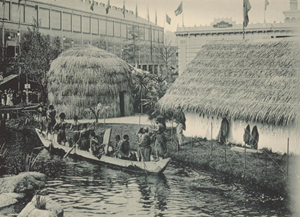 On 24 September, the Royal Museum of Fine Arts Antwerp was officially reopened by Flemish minister-president and minister of culture Jan Jambon. The museum announced a weekend of celebrations on the museum square. We find it inappropriate not to pay attention to the colonial shadow side of the square on the occasion of the reopening.

On 24 September, the Royal Museum of Fine Arts Antwerp was officially reopened by Flemish minister-president and minister of culture Jan Jambon. The museum announced a weekend of celebrations on the museum square. We find it inappropriate not to pay attention to the colonial shadow side of the square on the occasion of the reopening. We ask the Antwerp city council to finally work towards an official commemoration for the Congolese victims of the 1894 World Fair.

In 1885, the African continent was divided like a pie by European countries.  Belgium's King Leopold II was given the vast Congo as private property. That same year, Antwerp organised its first World's Fair. These exhibitions were a way to show off European technical progress and products and people from the colonies. The Antwerp World's Fair was repeated in 1894 and 1930.

As the museum reopens after an 11-year renovation, we draw attention to the 1894 World's Fair. Back then, 144 black people were taken away by boat from Congo for the Congo pavilion of the Antwerp World Expo. A recreated Congolese village stood on the museum square. Once they arrived at the Scheldekaai, the black men and women were exhibited like animals in a zoo. This degrading mise-en-scène and barbarism was part of the colonial propaganda that was supposed to present a primitive image of Africans 'to be civilised'. In the 19th and 20th centuries, several Western countries organised human zoos that were visited en masse. This degrading phenomenon was downright racist and still shapes stereotypes today. 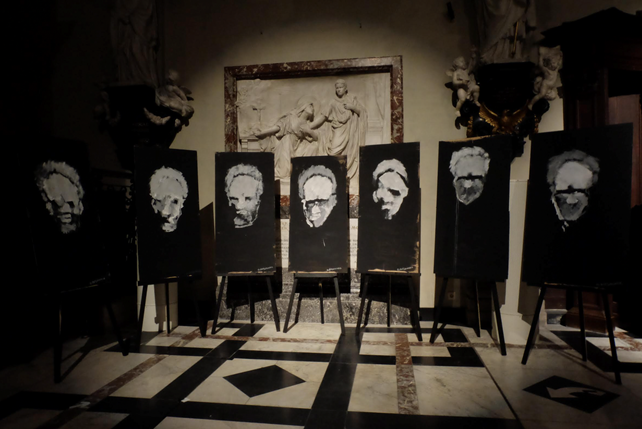 The 7 Dead of Antwerp by David Katshiunga

Until last year, the award-winning exhibition '100 x Congo. A century of Congolese art in Antwerp'. According to research by the museum, seven Congolese died at the World Expo. They were aged between 17 and 35 and lie with others in a mass grave in Schoonselhof cemetery. This is a forgotten tragedy in Antwerp's urban history.

In recent years, Belgium has taken political steps to deal more critically with its colonial past. Several cities and municipalities in Flanders are opting for commemoration projects. We believe that Antwerp cannot be left behind. The city council should face up to Antwerp's colonial history and acknowledge the link between the port city's wealth and Congo. Indeed, Leopold II found loyal allies in Antwerp for his colonial project. Antwerp politicians and entrepreneurs shared in the huge profits from Congolese ivory and rubber. The two rubber companies ABIR and Anversoise were based in the city.

Since the summer, the connecting artwork 'The Long Hand' by Congolese artist Sammy Baloji has been showing off on the Scheldekaai. This is a prudent move by the city. But it is now time to move forward on the occasion of the museum's reopening by commemorating the victims of the human zoo - both those who were exhibited as well as those who died in Antwerp - in Antwerp. It is time to give the forgotten tragedy an official place in the city's remembrance policy almost 130 years after the fact. Place a commemorative plaque onthe museum square. Create an artistic place where city residents and visitors can come together and commemorate the Congolese. Proposals are on the table. They must now be taken seriously by the city council. And for that, we look especially to Mayor Bart De Wever and Alderwoman for Culture Nabilla Ait Daoud.

Herman Van Goethem, Rector of the University of Antwerp

Wouter Hillaert, cultural journalist and lecturer of the Antwerp Conservatory of Music