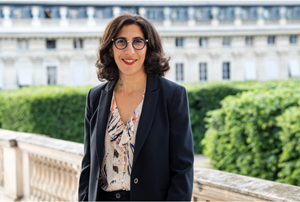 On 20 May 2022, Lebanese-born Rima Abdul Malak succeeded Roselyne Bachelot-Narquin as the Minister of Culture. This happened following his election victory last month. She replaces Roselyne Bachelot who took up the post in July 2020 under the former prime minister Jean Castex.

Abdul Malak has nonetheless been at the centre of government in recent years. According to the French culture ministry website, she was appointed culture advisor to President Macron in 2019. “For the past two and a half years, Abdul Malak has been working on a daily basis, in permanent contact with Matignon [the prime minister’s residence] and the Ministry of Culture, to roll out measures to help the sector deal with the pandemic,” adds the ministry, overseeing the distribution of cultural recovery funds of at least €2bn. The current financial crisis in the wake of Covid-19 has nonetheless badly hit museums and other cultural venues; how Abdul Malak assists such institutions will be closely watched by the culture sector.

Abdul Malak has also helped to facilitate other cultural policies, the ministry adds, referring to the Culture Pass which provides every 15- to 18-year-old with €300 to spend on culture, though this scheme has been under fire (this year alone, it has cost some €200m, more than the budget of the Louvre or the National Opera). Macron has also proposed creating “a European metaverse” to support artists’ creativity and authorship, which will presumably be another priority for the newly appointed minister.

In 2001, Abdul Malik became programme director of Clowns sans frontières, a non-governmental organisation that brought together more than 400 artists. In 2008, she joined the Office of the Deputy Minister of Culture at the Mayor of Paris.