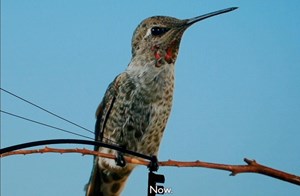 Nona arts centre has appointed the Brussels production and distribution platform Auguste Orts as curator of the tenth edition of Contour Biennale.

Nona arts centre has appointed the Brussels production and distribution platform Auguste Orts as curator of the tenth edition of Contour Biennale. It will take place in the autumn of 2023 and will celebrate its twentieth anniversary. Since 2003, Contour Biennale has occupied a distinct position in the visual arts in this country, with a name that resounds far beyond the national borders. It transformed into a leading and frequently praised art event with a focus on moving image that appeals to both the interna­ti­onal visitor and the local resident.

Auguste Orts is Herman Asselberghs, Sven Augustijnen, Manon de Boer and Anouk De Clercq. Indeed, for this edition no individual curator was chosen, but a platform led by artists instead. More than 150 often international candidates responded to the open call launched by nona. Auguste Orts' proposal immediately stood out thanks to its open and inviting character. Auguste Orts has an inclusive and festive edition in mind. The proposal departs from a great affinity with the history of the biennial and from a passion for the moving image.

Artists Herman Asselberghs, Sven Augustijnen, Manon de Boer and Anouk De Clercq founded Auguste Orts in 2006. The four, who are mainly active in the broad field of film and video, believe that the artists' film can only exist when a web is woven around it: a web that consists of the audience, program­mers, the press, the discourse, produc­tion, distri­bu­tion and screening structures and of course a community of artists. During Contour 2023, Auguste Orts wants to make the importance of this ecosystem visible and contri­bute to its sustai­nable develop­ment. The jubilee edition seems like the perfect occasion to connect the present, past and future of the artist film and Contour.

In 2023 Contour Biennale will celebrate its 20th birthday. The bienni­al’s rich history provides an extensive catalogue of existing works. All members of Auguste Orts know the biennial particu­larly well because, as an artist, they were once part of it. Anouk De Clercq and Manon De Boer were exposing artists in 2005, Herman Asselberghs in 2009 and Sven Augustijnen in 2003 and 2013. The four artists want to explore how they can unlock the archive and memory of the biennial in order to give it a place amidst new works and thus propagate the importance of the event in and outside Mechelen. In addition, they will create an exhibi­tion based on dialogue, with new creations and an eye for different genera­tions. It is still too early yet to drop any concrete artist name. The exact duration of the biennial is yet to be determined, but for now the jubilee edition is set to take place in September and October 2023. It will be an edition to really look forward to.