Italian Baroque Busts Worth Over £850,000 at Risk of Leaving the UK 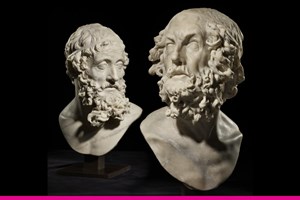 A temporary export bar has been placed on two marble busts of Aristotle and Homer, dating to the early 17th century.

Two 17th-century Italian Baroque busts of Aristotle and Homer worth over £850,000 and attributed to sculptor Giuliano Finelli are at risk of leaving the country unless a UK buyer can be found to save the pieces for the nation.

Finelli trained in the workshop of renowned sculptor Gian Lorenzo Bernini, the artist credited with creating the Baroque style of sculpture, with the busts demonstrating Finelli’s extraordinary understanding of his material. Examples of Finelli’s work outside Italy and Spain are rare and the superbly carved Bust of Francesco Bracciolini in the Victoria and Albert Museum is the only work by him in the UK.

The busts come from the celebrated art collection of the Earls of Derby, which was largely amassed by James Stanley, 10th Earl of Derby between 1664 and 1736. While the painting collection is well documented, the smaller collection of sculptures is yet to be fully explored. The loss of these rare busts would deny the opportunity for further study of their significance for Baroque sculpture and of the collection and its significance. 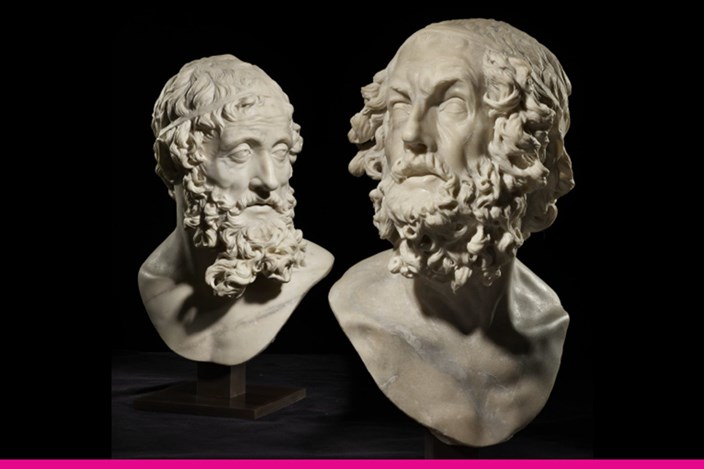 Culture Secretary Nadine Dorries said: These stunning marble busts are not only an exceptional example of Baroque style of sculpture, but also a fascinating insight into the art collection of the Earls of Derby. I sincerely hope a UK buyer can be found to enable further research and study into these rare and exquisite busts.

The Minister’s decision follows the advice of the Reviewing Committee on the Export of Works of Art and Objects of Cultural Interest (RCEWA). The committee agreed that the busts were significant for the study of baroque sculpture, as there were few extant examples of comparable subject and quality. It was also agreed that it was likely that documentary evidence of the busts’ commission and provenance could be revealed, underlining the opportunity for further research to be undertaken.

Committee Member Stuart Lochhead said: A sculptor of extraordinary talent with an exceptional skill in carving marble, Giuliano Finelli has often been overshadowed by his contemporary Gian Lorenzo Bernini. However, as this pair of busts help to attest, he revolutionised the marble portrait in the early decades of the seventeenth century. His sculptural output is rich and noteworthy but very little exists outside of Italy and Spain. We also have much to learn from the inclusion of these busts in the collection of the Earls of Derby. First acquired by the 10th Earl in 1726 they have remained at Knowsley Hall until their recent sale. Their export from the United Kingdom would be a great loss to the representation of Baroque sculpture and its study in this country.

The decision on the export licence application for the piece will be deferred until Monday 20th December 2021. This may be extended until Sunday 20th March 2022 if a serious intention to raise funds to purchase it is made at the recommended price of £851,250 plus VAT of £30,250 in the event that a UK buyer is found.