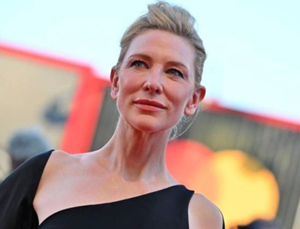 At the Venice Film Festival, the most important prize, the Golden Lion, was awarded to a documentary. All the Beauty and the Bloodshed by director Laura Poitras is about the famous American photographer Nan Goldin (68) and her struggle against the controversial Sackler family, owners of a pharmaceutical company that produces addictive painkillers such as Oxycontin. Goldin himself has depended on that.

The family donates large sums to art institutions, and Goldin accuses them of doing so solely to enhance their reputation. Major museums will no longer accept donations from the Sacklers.

It is the second time that the main prize in Venice has gone to a documentary. This happened earlier in 2013.

The Silver Lion went to the feature film Saint Omer by director Alice Diop, about a woman who is on trial for allegedly abandoning her baby on the beach of the northern French seaside resort.

Australian-American star Cate Blanchett was named best actress. She received the award for her leading role in TRa story about a fictional female chief conductor of the Berlin Philharmonic, who is accused of sexual abuse.

Irish actor Colin Farrell won the Best Actor award. He was awarded for his role in The Banshees of Inisherin by director Martin McDonagh, about two friends, one of whom suddenly ends their friendship. At its premiere in Venice this week, the film received a fifteen-minute ovation afterwards.

The jury at the film festival this year was led by British actress Julianne Moore.