Etienne Verbist interviews Malihe Tahmasbi, an artist and researcher in the field of art history from Iran, about art projects they have done on the conceptual art and the concept of art due to the importance of nature in art.

Etienne Verbist interviews Malihe Tahmasbi, an artist and researcher in the field of art history from Iran, about art projects they have done on the conceptual art and the concept of art due to the importance of nature in art.

Ms. Tahmasbi, tell us what do you mean by the Conceptual art and the concept of art given the importance of nature?

Since the beginning of human life, many works of art have remained. These works have been formed to this day for various goals, sometimes for the purpose of hunting and providing food, sometimes to show thoughts, and sometimes to record specific moments. They have remained in caves, historical sites, and museums in various forms and we perceive them in the 21st century. Human beings have a different knowledge of works of art in each historical period, and in the contemporary period, the tendency to abstraction and concept in art is felt more. Referring to the role of the concept of art in the prehistory of history as well as conceptual art in the contemporary world, I have tried to examine the importance of nature in human life. Back to Simplicity (2010) by Marina Abramovic

To answer the question, what is the role of conceptual arts in expressing nature according to the concept of art?

Because the inner nature, man plays an important role in understanding the concepts of life and has been mentioned by philosophers and researchers in their scientific and literary texts. Furthermore, human's understanding of the nature around is also an integral part of human life and survival.

For this reason, in contemporary times, many artists have tried to know man and nature in the form of performance art, art installation, body art and other conceptual arts. Which shows that art has played an important role in conveying concepts and conveying messages in understanding the nature inside and around man to the audience. 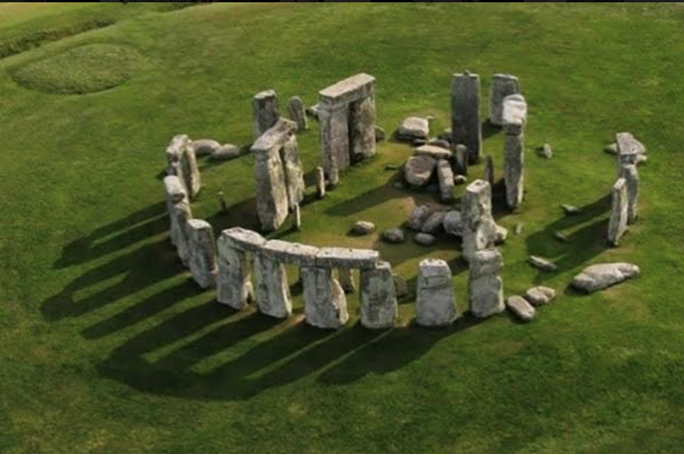 Stonehenge in the South of England

How do you think the importance of nature can be conveyed to human societies?

Using the language of art, people in society can be led to the importance of nature and respect for it. One of the most important factors is the change in people's lifestyles, which many experts have talked about. But one of the most important lifestyle change options is the way people treat nature and the environment. That the world of art as a visual medium can help change the type of attitude and educate people on the importance of this issue. In the past, our ancestors on earth used the language of myths and the language of art to convey their messages, such as respect for nature and fellow human beings, and conveyed the importance of the subject in this way, and today we call many of them archetypes. In the contemporary world, we have forgotten or ignored many of these past teachings. New societies need a new perspective on how to properly deal with the natural resources before them.

We need to heal man-made wounds on planet Earth and mankind, by preserving and protecting the environment and for a better life in the future. In order to inform the human community, art is one of the most important options for extensive communication due to the speed of message transmission.

According to the explanation given above, what arts can be used to convey a message to people?

One of these arts is performance art. Performance art began with the visual arts, such as painting and sculpture, and then moved on to theater. In this type of art, conveying the message is at the forefront of the artist's artistic desire, and therefore to convey it to his audience from all possibilities, including verbal techniques, acrobatic movements, live music or music play, sculpture, painting and anything that can make him uses help in this. The variety of techniques used in performance has led to it being called a subset of concept art. How did you use the art of performance to convey your message?

Today, performance art is one of the arts used to convey a message from the artist to the audience, and I have used this method to convey my message.

such as Hafez performance (Homay Ouj Saadat), which depicts the importance of human liberation and freedom from its cocoon or in Rumi's performance (In your soul is a soul, seek that soul) by observing the performance, the audience realizes the importance of their inner and mystical layers and gets acquainted with Rumi's philosophy and mysticism in his poems. The same connection with the inner nature of man and the outer nature that prehistoric man used this technique to discover the inner secrets of man and nature and to convey his message in the contemporary world, the artist has used this property of art. To discover the secrets of man and nature and to convey the existing messages that lie in these arts in a more tangible way to the audience. Just as Joseph Beuys and Marina Abramovic used the art of performance to convey their message and the importance of nature. Both refer to the power of nature and the cycle of nature, and in the depth of the concepts of performance, especially to the culture of communication between man, nature and other creatures.

What is the role of myths in your artwork?

The myth of the importance of nature has always been with human, and woman has been one of the most important models of nature myth in different centuries. For this reason, in the archetypes of different countries, the earth is called the mother earth. Because the earth, like the mother, has a role of creation.

In these photos, I have tried to point out the importance and relationship between women and the earth and myths. And I say that in our contemporary period, human beings, by being indifferent to our surroundings (nature) as well as within ourselves (self-knowledge), we have caused serious damage to the environment and even to the human psyche.

Have you used other arts to convey your message?

Yes, the art of photomontage that I used in the Nature Myth Woman project. Also from the art of installation

In my opinion, another art of which there is evidence from the Neolithic period to the formation of governments and states is the Installation Art. This art in contemporary art involves the use of different elements to express the artist's experience of a specific space. What these artists share is not a raw subject, but their interest and commitment to a broader view of artistic creation and thus, self-discovery. One of the characteristics of the art of installation is the activation of an environment or a concept with seemingly artistic encounters that cause the effect to find meaning and concept and artistic value.

The materials used in the Installation include a wide range; from the materials and objects of everyday life or from nature, to new media such as video, sound, performance. For postmodern art, conceptual art creates a democratic and free atmosphere. Conceptual art was the beginning of the emergence of postmodernism and an approach to past ideas and a revision of earlier artistic philosophies. Conceptual arts such as "installation" arrangement and performance art, like many contemporary art movements, are rooted in contemporary social developments and currents. Also known as environmental arts. The history of art in urban environments dates back to a time when art was in the service of religious affairs and mythology. At that time, man's goal in creating art in his surroundings was to achieve the mysteries of the heavens, which were the source of events and developments on earth and caused rain and wind, drought, disease, war and looting. In prehistoric times, these arrangements included the creation of sacred sites for their rituals, or the design of geometric motifs or various human and animal motifs on the ground to satisfy their desires, such as the natives of Peru in southeastern Lima who painted motifs. They have created on earth that belongs to the Nazca civilization.

Patterns such as dogs, fish, and birds are geometric patterns. Which is a kind of arrangement or installation in prehistoric art.

And in the contemporary world, the artist has tried to point out the importance of nature in human life, inspired by nature and the use of natural resources. But in the arrangement and performance of history, myth, and archeology, I have tried to challenge the audience's historical memory in the face of the historical past. And in Robert Smithson and Ahmad Nadalian, with the help of the existing elements of nature, have tried to show the environmental destruction by humans with their art.

What have you achieved in your research and art projects?

In my research and art project I can say that, by studying the motifs and examining the elements separately, it can be well understood that the prehistoric artist was well acquainted with the symbolic implementation of the concepts of her society. Patterns that moved from naturalism to abstraction, conceptualism, and through stages with strong support of motifs inside caves and several thousand years of proposal on pottery, easily expressed her thoughts. Thoughts that had certain meanings for the society of that day and depicted the symbols of their ethnicity and tribe. Perhaps the same art we know today as conceptual art is derived from archetypes that have been passed down from generation to generation and have reached us. Hence about concept of art in nature, it can be well understood that the prehistoric artist was well aware of the relationship between art and nature and used this feature to express concepts about his life. One can reach this conclusion by looking at contemporary art and comparing conceptual art in the present age and prehistoric people. In whenever and any place, with simplifying nature in the purest possible way, the simplest kind of art expression is reached, which has the same meaning for everyone, but in terms of expression, it can be different from the point of view of the artist and the society in which she lived. It is important to convey the message that conceptual arts have been able to show the importance of nature to the audience in the form of the concept of art.