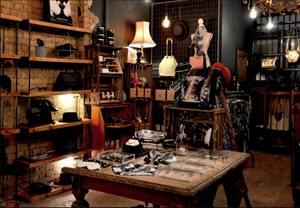 Cinoa, the international art and antiques dealers’ association, on Friday published an open letter, signed by seven art trade groups, calling for an international review of policy making after the US Treasury’s recent report into money laundering and terror finance decide the majority of the art market to be low risk.

Cinoa, the international art and antiques dealers’ association, on Friday published an open letter, signed by seven art trade groups, calling for an international review of policy making after the US Treasury’s recent report into money laundering and terror finance decide the majority of the art market to be low risk.

“The US Treasury Report is the latest report looking into possible links between money laundering and terrorism financing through the trade in works of art, for the purpose of advising Congress on anti-money laundering measures,” says Erika Bochereau, Cinoa’s Secretary general. “What does it conclude? That the justification for urgent and wide-scale measures is not there, the risks for the majority of the art market are very low and proposals to regulate the market should be delayed until the US government has dealt with the more pressing problem of shell companies and real estate.”

The letter points to eight reports produced in recent years, looking into the links between the art market and terrorist financing. Five have been funded by governments: Germany’s Illicid report (2015); the European Commission reports, Deloitte (2017) and Ecorys (2019); and, in the US, The Rand Organization Report (2020) and US Treasury Report (February 2022). It also cites three other reports—a study by King’s College, London, into Islamic State (IS) financing (2017), the World Customs Organization (WCO) Illicit Trade Reports, and the 2020 Trade Based Money Laundering report by The Egmont Group.

In Bochereau’s view, the lack of hard evidence produced by any of these reports linking trafficking, terrorism financing or money laundering to the art market means that authorities should stop targeting “dealers, collectors and auction houses with wave after wave of damaging and unjust legislation. ” Policy making is, the letter says, “being driven by assumptions and false claims.”

One of these “false annual claims” is the widely-cited Unesco figure that the value of trafficked cultural property is $10bn.

“Cinoa spends a considerable amount of time explaining to policy makers why some art-related legislation harms the art market and does not target the real problems,” Cinoa’s president, Clinton Howell, tells The Art Newspaper. “There is a lot of misinformation which is reiterated by the press and used by law makers. Many of the issues could be eliminated if there is more fact checking of the data and a better understanding of the problems. Our goal is a fundamental review of policy making taking into account our five recommendations.”

Those five recommendations are: