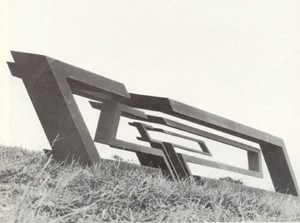 Colombian artist Eduardo Ramírez Villamizar painted and sculpted what in his eyes are reality’s essential forms. Ramírez Villamizar (1923) knew his creations depended on his ability to identify when to stop working and researching for the piece he was constructing had no excesses nor was there anything missing from it.

Colombian artist Eduardo Ramírez Villamizar painted and sculpted what in his eyes are reality’s essential forms.

Ramírez Villamizar (1923) knew his creations depended on his ability to identify when to stop working and researching for the piece he was constructing had no excesses nor was there anything missing from it.

Identifying when to put the pencil down is as difficult as it is important in any creative process. But in Ramírez Villamizar’s it is even more so for a simple reason: the artist’s interest is in the basic forms that compose the universe, and to reach them he must “remove everything superfluous without reaching sterility.” 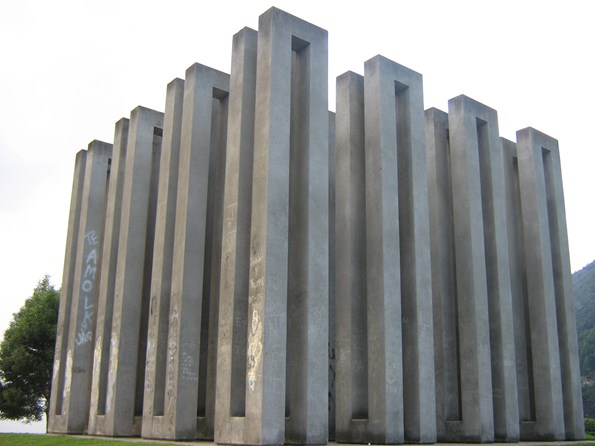 Pythagoreans believed the world is made up of numbers, while Platonists were sure its ideas that compose it.  For Ramírez Villamizar the universe is a sum of geometric figures. “The moon is a circle. A circle is the moon,” he would say. “I use geometry and it brings me back to nature. I know in my garden I’m walking among triangles, spirals and circles when I pass flowers and leaves.”

He quickly outgrew figurative expressionism of his earlier years, and dedicated himself to creating expressive combinations of lines, circles, triangles and rectangles.

By contemplating the work of French-Hungarian artist Victor Vasarely, the Colombian artist realized it isn’t necessary to represent anything to tell about the wonders of the universe. “Color, shapes and geometry put together are enough,” he said.

In Horizontal Construction like the Sea (Construcción horizontal como el mar)(1976) Ramírez Villamizar evokes the ocean’s immensity and depth creating three different sized rectangles and erecting one inside the other. A bow shaped deviation on the upper part of each rectangle adds movement to the iron sculpture.

“Without poetry, without mystery, [the artworks] would only be geometric forms, and geometric forms alone are not art,” he said in an interview cited by Brazilian art critic Frederico Morais in Utopia and forms in Ramírez Villamizar. As Morais says, the artist uses geometry to present not the bird but its flight and recreates this in various ways in his own way. There lies the poetry of his art. 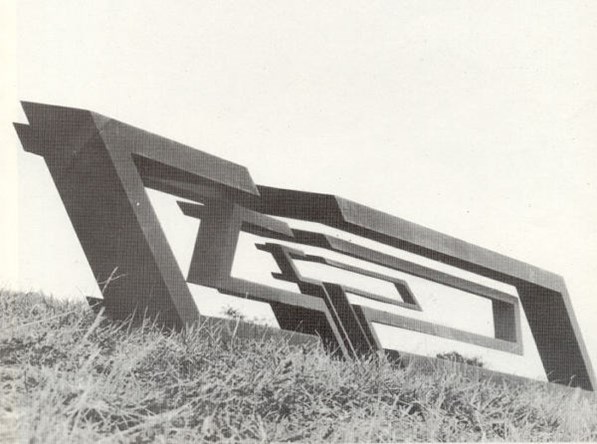 Ramírez Villamizar’s constant reflections led him to believe that human beings -and Colombians in particular- are in need of rationality and order. Thus, he created his work hoping to help overcome humanity’s shortcomings: “I don’t want to show the world’s existing violence in my work. It’s bitter and bloody. I prefer to show artworks that appease us, and make us feel rational and superior… My works are an example of order in the midst of chaos, they build our spirit and make us crave intelligence when ignorance surrounds us. We live among overwhelming misfortune, and my work seeks, above all, to lighten the convulsions of our time.”

This is the second in a series of articles -produced with the support of Bogotá’s Modern Art Museum- that will explore the work and philosophy of modern Latin American artists.