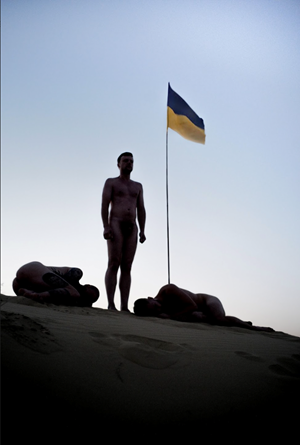 The Russian invasion of Ukraine on February 24 made us live with the thought that war in the heart of Europe is possible in the XXI c. We watch horrifying videos and photos from Ukraine picturing destroyed residential areas, refugees, and dead bodies of civilians.

The Russian invasion of Ukraine on February 24 made us live with the thought that war in the heart of Europe is possible in the XXI c. We watch horrifying videos and photos from Ukraine picturing destroyed residential areas, refugees, and dead bodies of civilians. These days the world supports Ukraine in many ways. We kindly ask you to join this movement by supporting Ukrainian photographers and their countrymen in need by buying their works.

There are four photographers. Each of them offers one work of his to be purchased for €50. Buyers can contact the artist directly via mail and pay directly to him. Pictures will be printed and shipped from Antwerp. Photo size will not exceed 20 by 30 cm. Each print will have unlimited editions but will be for a limited time, until end of March, 2022.

‘The enemy has decided to play with people in the end, escorting them with artillery and mortar shootings. Shrapnel went through my arm. Unfortunately, not everyone was able to get to the buses. Their bodies remained lying on the cold asphalt’, wrote photographer Maxim Dondyuk oh his facebook page on March 6, 2022. The deadly situation he witnessed happened in the town of Irpin near Kyiv as a result of russia’s invasion of Ukraine. That was the evacuation of peaceful people. Thanks to the photographers and cameramen who work in these hot spots the world immediately gets to know about russia’s war crimes

Maxim Dondyuk stays in Kyiv. There, as well as in the Kyiv region, he is documenting damages from Russia’s devastating shootings and shelling due to his current cooperation with Der Spiegel. For example, there is a photo of an apartment building hit by a Russian rocket in Kyiv’s Pozniaky district. That area was built up in the late 1990’s and was fast growing with an increasing population. Maxim Dondyuk also plans to have a work trip to Kharkiv. 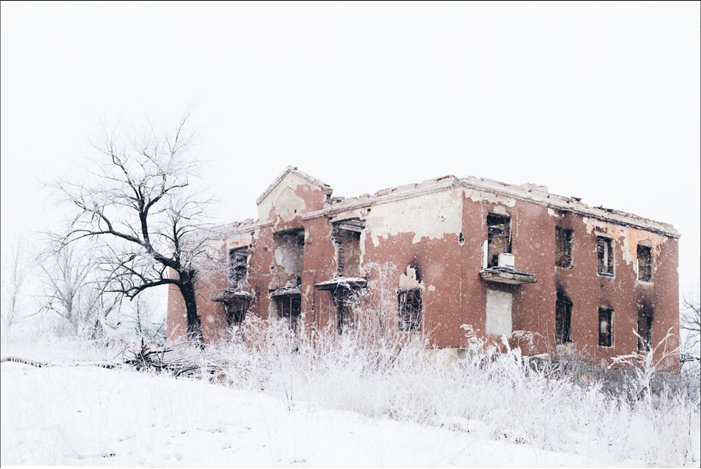 39-year-old Maxim is working in the field of documentary photography and among others, explores issues related to conflicts and their consequences. His work has been exhibited internationally, for example, at the Musée d’Art Moderne in Paris, Somerset House in London and MAXXI National Museum of XXI Century Arts in Rome.

‘Everything started from the Revolution of Dignity, in 2013-14, - explains Irina Dondyuk, the artist’s manager. Then there was the annexation of Crimea and the war in eastern Ukraine. Starting from 2014, he spent most of his time on the front line in the latter. Maxim completely stopped working on projects that involved people. People disappeared from his photos’.

Dondyuk emphasized that Maxim is not a war photographer and never wanted to be. But this exact war happens in his country and he can’t avoid documenting history for the next generations.

37-year-old Mikhail Palinchak also stays in Kyiv now. In the focus of his camera are the following stories: 21-year-old Yaryna and Sviatoslav, who married on the first day of the russian attack and instead of going on their honeymoon, joined the territorial defence forces in the capital; the evacuation of civilians from Kyiv and satellites towns; territorial defence in the Kyiv region; the devastating effects of Russian airstrikes on Kyiv and neighbouring cities. 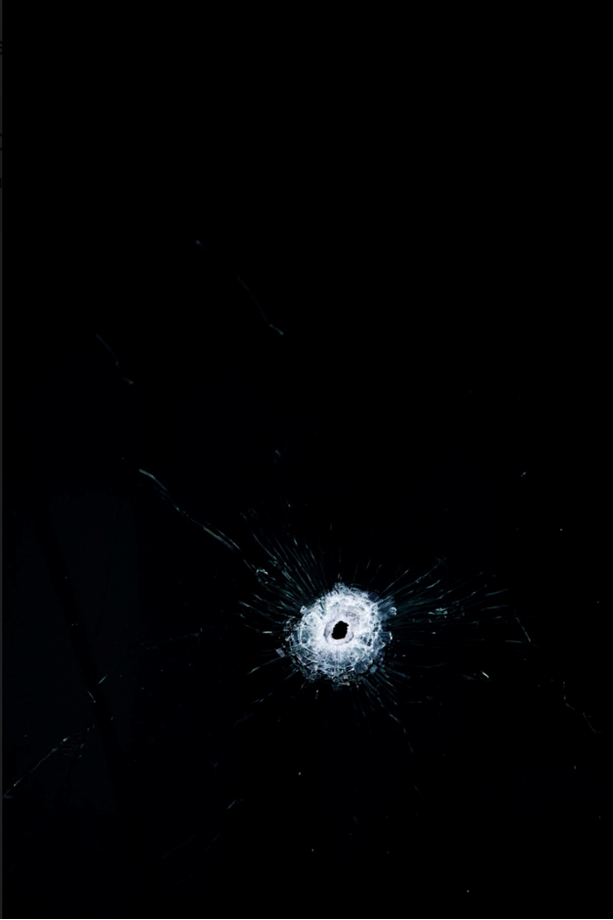 The topic of war is not new to Palinchak. In 2016 he created a project called ‘Shyrokyne’. The series described life in a former recreation resort town on the Azov Sea shore that was torn apart by russian and separatist forces. However, before February 24, 2022 the main focus of his photography was other aspects of war such as diplomatic and informational. From 2015-2019 he created the project ‘Bilateral rooms’ about diplomacy. Between 2014-2019 Mikhail Palinchak was an official photographer of Petro Poroshenko, the 5th President of Ukraine.

He offers our readers a photo ‘#0746’. It shows a bullet hole in the windshield of a civilian van that was shot in the centre of Kyiv on February 28, 2022.

Sergey Melnitchenko is 31, he is from Mykolaiv, a city in southern Ukraine known for its strong resistance to russian occupants. As a local, Sergey is heavily involved in the support of the region and the Ukrainian army. Thanks to the sale of his series ‘Voencomat’ (Military Commissariat) (2014) as an NFT, he collected $7900 to buy food, medicines, ammunition, and clothing for both the military and civilians.

“With the help of my foreign colleagues - photographers, editors, gallerists and collectors - I also received approximately 4000 euros in donations for our army and civilians,” adds Melnitchenko.

From the very first day of the war, he moved with his family to the west of Ukraine, the safest place for the moment. Sergey says that it feels like living in a bad dream. ‘I can’t believe this is happening in the 21st century. We lived our lives, did our job and suddenly everything changed. It’s a horror! I hope that everything will end soon with the total loss of the Russian fascists. 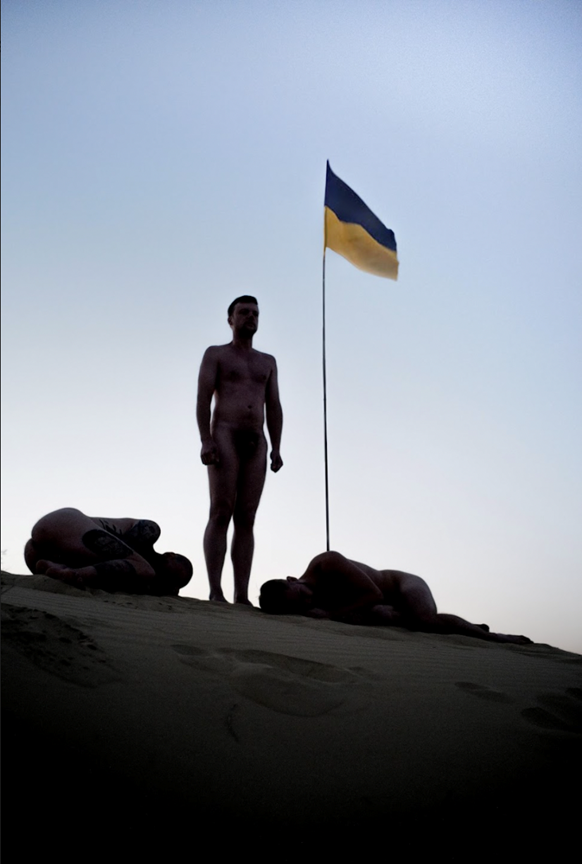 The current situation has affected him as an artist. ‘For the moment I can’t make photos because I don’t have inspiration, I don’t even have a wish to make photos. Instead, I have a huge energy to help people’. Every day, all day long he is online, helping volunteers, sending donations, doing stories in Instagram to help people escape to other cities or abroad.

One can see that there are a lot of naked bodies in Melnitchenko’s photographs that range in genres from art and conceptual photography to documentary. ‘I've been exploring the naked body since 2012. It is used everywhere due to the topic of the series freedom and fragility, openness, and naturalness’.

Now these pictures work for Ukraine. ‘My power is in photography as an instrument to collect money to help people’, Sergey continues.

To purchase any of the works, kindly mail dirk@artdependence.com and he will forward your request directly to the artist
P.S: It is also possible that other artists will be added in the near future.
By Nataliya Teramae
Nataliya Teramae is a freelance journalist, university lecturer and cultural manager currently based in Helsinki, Finland. She graduated from the National University of Kyiv-Mohyla Academy with MA degree in journalism. Her work included writing and editing for national daily newspaper ‘Ukraina Moloda’, weekly ‘Bez Tsenzury’, online media ‘PiK Ukrainy’. She also worked as a speechwriter at the Secretariat of the President of Ukraine. In Helsinki, Nataliya Teramae runs the Ukrainian Film Days festival. She also lectures about Ukrainian culture at the University of Helsinki. Teramae is an author in the Finnish PEN collection book ‘Sulava’ (‘Melting’). In Finland, she is researching Finnish-Ukrainian intercultural connections, including working on a manuscript about Oleksandr Bohomazov.