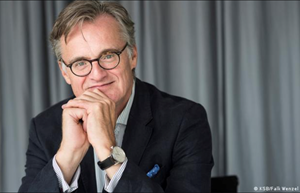 documenta’s shareholders are pleased and grateful to have secured such an experienced and renowned cultural manager for the important world art exhibition in Kassel in what is a challenging situation for documenta. Alexander Farenholtz will assume this role as early as Tuesday, July 19. The appointment will initially run for a limited term until September 30, 2022. It is Mr. Farenholtz’s wish, after consultation with the shareholders, to now begin talks first with the Artistic Direction and then, of course, with the documenta gGmbH team.

Mr. Farenholtz has been well acquainted with Kassel and documenta for many years: after completing his studies (Administrative Science in Constance) and his first professional positions, he was appointed Managing Director of documenta GmbH in 1989, among other things for the realization of documenta 9 under the Artistic Direction of Jan Hoet.

In 1993, he moved to the Baden-Württemberg Ministry of Art as Head of the Minister’s Office and in 1996, together with Tom Stromberg, took charge of the cultural program of the world exhibition EXPO2000 in Hanover.

At the start of 2002, he was appointed Founding Director and Administrative Director of the German Federal Cultural Foundation. He held this office, alongside Hortensia Völckers as Artistic Director, until reaching retirement age in January 2020.