The Wexner Center for the Arts 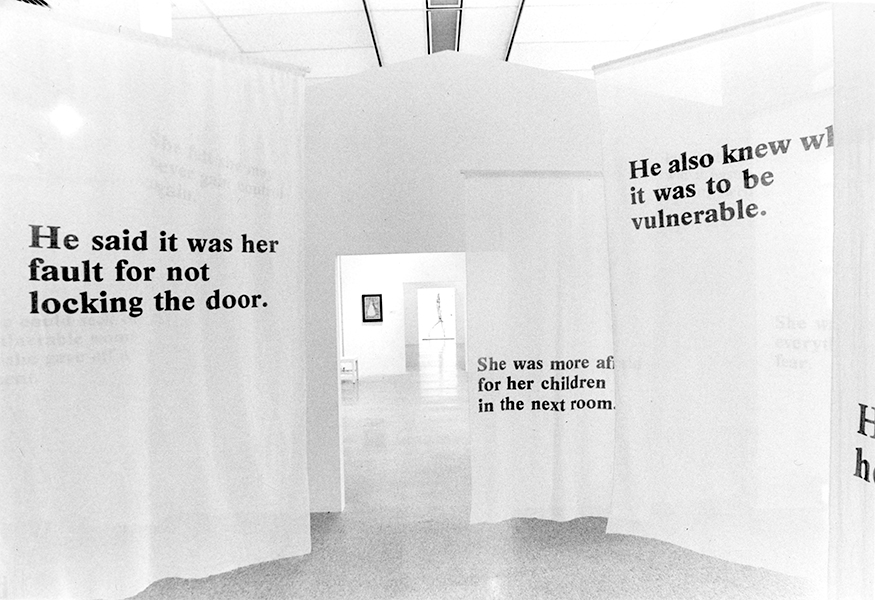 During the 1970s and 1980s, The Ohio State University emerged as an unlikely laboratory of avant-garde culture, offering a platform for dialogue and experimentation across audiences and media. This creative ferment shaped the orientation of contemporary art on campus and in the region, ultimately inspiring the creation of the Wexner Center in 1989.

Inspired by the uprisings of 2020, To Begin, Again traces this story back to the formative revolts of late 1960s, a period that similarly saw artists, activists, and students demand systemic change from mainstream institutions. Ohio State was no exception. Rocked by protests that brought the campus to a standstill in April and May of 1970, the university sought to chart a new direction in the years that followed. Emblematic of the changing culture was the school’s decision to empower a recent MFA graduate, Betty Collings, to revamp the program of the University Gallery of Fine Art. Under Collings, the gallery assembled an acclaimed collection of contemporary art; it also served as a gathering place for visiting artists, critics, and curators, implanting a model of multidisciplinary practice to be expanded by the future Wex. In the 1980s, with new Director Jonathan Green, the gallery’s program took a more openly activist approach, launching several major community-led exhibitions addressing the politics of feminism, sexual violence, American imperialism, and the AIDS crisis.

Illuminating these initiatives and the social movements that informed them, To Begin, Again is organized around a selection of more than 80 works acquired by the former University Gallery—including works by Futura2000, Eva Hesse, Adrian Piper, Sol LeWitt, and Frank Stella, which the center has stewarded since its founding. The exhibition also includes loaned objects that were previously shown at the university; works by former Ohio State faculty, students, and visiting artists; plus a selection of historical ephemera that deepen and enrich the narrative.