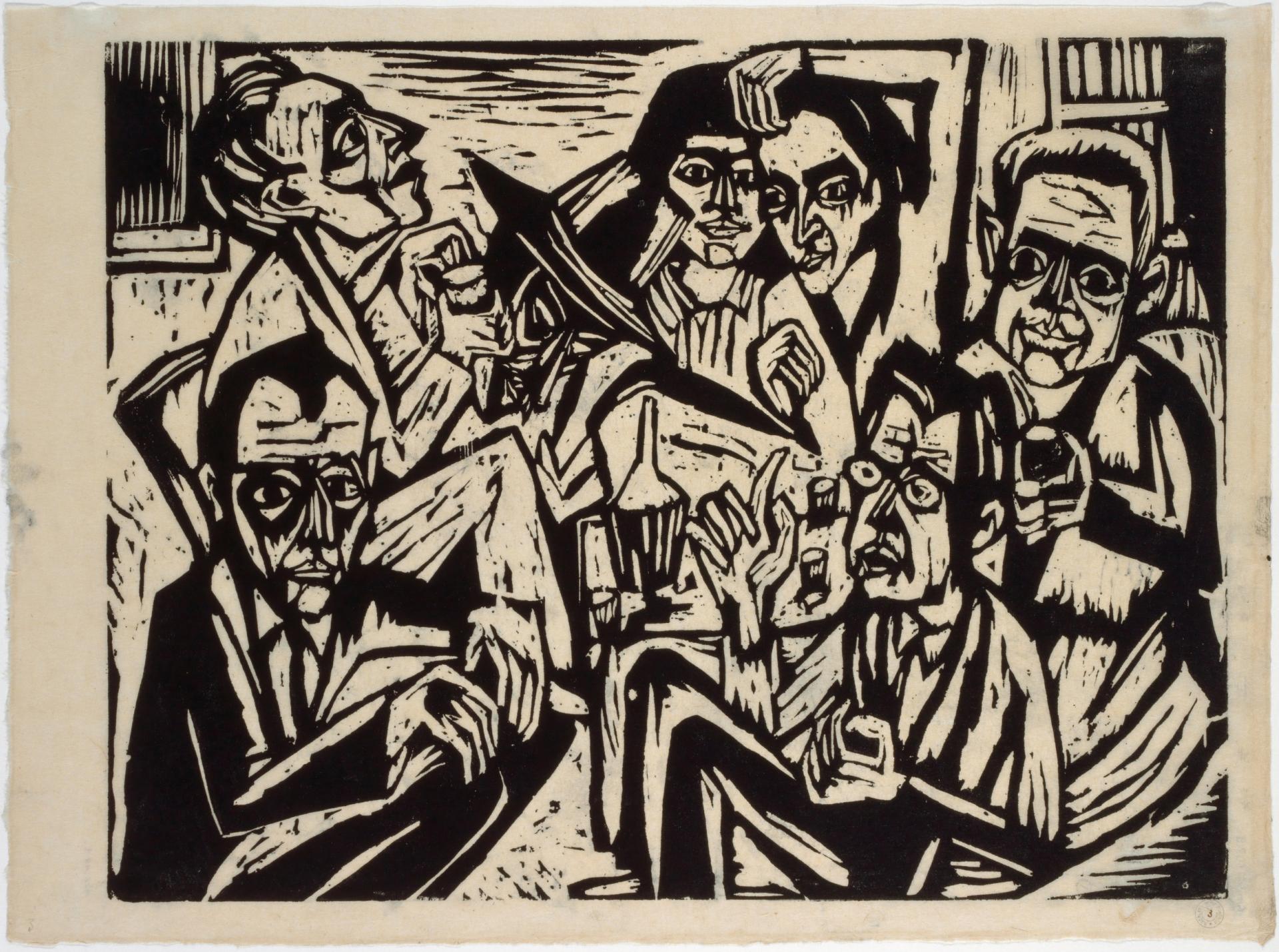 The last two and a half years in the life of Baselbased Expressionist Hermann Scherer (1893–1927) were central to his oeuvre. It was during this time that Scherer came into his own as an artist, decisively shedding his earlier influences (Aristide Maillol, Carl Burkhardt, Auguste Rodin) in order to set off on a radical new path inspired by Ernst Ludwig Kirchner. Significantly, the period coincides with the trained stonemason’s first forays into wood.

In focusing on the artist’s work in this medium, the exhibition examines this extraordinarily productive time of upheaval in the artist’s life, one that yielded over a hundred woodcuts and more than twenty-five wood sculptures. For the first time, the fifty-four printing blocks on loan to the Kunstmuseum Basel for more than eighty years will be shown in public alongside prints taken from those blocks.

The medium of the woodcut print led Scherer to an abstracting reduction of form. Curving silhouettes gave way to sharp angular forms and the energetic tracks of the slashing gesture, which also influenced his manner of drawing and painting. Druck (which means not only “print” but also “pressure”) is thus a multivalent theme of the exhibition — not only in the sense of the experimental character of making prints by hand on different papers but also in the energetic, powerful chipping and notching that the artist brought to his wooden pieces. It was in woodcut that Scherer’s core life themes – love and libido; togetherness and loneliness, existential angst and excess — found their most acute expression.