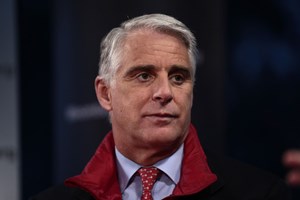 UniCredit SpA is halting the planned sale of some works of art from a collection dating as far back as the Renaissance, marking the reversal by new Chief Executive Officer Andrea Orcel.

UniCredit SpA is halting the planned sale of some works of art from a collection dating as far back as the Renaissance, marking the reversal by new Chief Executive Officer Andrea Orcel of a signature policy from his predecessor. After the decision to discontinue the Art4Future project, which previously oversaw the sale of some of the Group's most significant artworks, the bank is now launching new programmes to ensure its collection is fully accessible to all. These include a dedicated digital initiative that will provide virtual access for the wider public to the bank's art collection as well as educational programmes aimed at children in collaboration with the UniCredit Foundation.

“UniCredit is halting any further sales and launching new and innovative initiatives to support art and culture,” Orcel said in a statement on Wednesday. Art and culture “have a deep social value and are closely intertwined with the social function that I believe a bank needs to have in all its communities.”

UniCredit holds one of the top corporate art collections in Europe, amassing more than 60,000 works from the banks that joined together to create the group more than a decade ago. The main collections are based in Austria, Italy and Germany and include masterpieces from the 15th century to today.