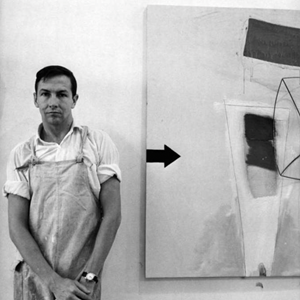 The Robert Rauschenberg Foundation has announced the commencement of the Robert Rauschenberg Catalogue Raisonné of painting and sculpture. In keeping with the spirit of radical innovation and broad inclusiveness that drove Rauschenberg’s artistic endeavors, the project will be unlike any prior catalogue raisonné for an artist of this stature in both its thematic scope and its digital accessibility. Published online and free of charge, the catalogue will be released in a series of volumes beginning with an overview volume (Volume 1) and a volume of the early work (Volume 2; 1948–53) available in 2025, to mark the artist’s centennial. Co-edited by Julia Blaut, Senior Director of Curatorial Affairs at the Rauschenberg Foundation, and Eric Banks, Director of the New York Institute for the Humanities, the catalogue will feature essays by numerous artists and writers examining individual artworks with particular significance not only to Rauschenberg’s career, but to the history of postwar art and beyond.

"Our vision in developing a methodology for cataloguing and accessing Bob’s entire career and the things that drove him—from his travels across continents to the political and environmental challenges he sought to ameliorate—is to reflect the iconoclasm, responsiveness and spirit of collaboration that shaped his more than 60 years of work. I like to think of Bob as a renaissance man, our da Vinci: an inventor of the highest order and sweep.”
—Kathy Halbreich, Executive Director at the Robert Rauschenberg Foundation

"It's no small task to capture the range and extent of the impact Robert Rauschenberg had on the art world of his time, and our own. To approximate it, the catalogue raisonné includes not just the voices of scholars but those of a range of contributors, including critics, writers, artists and conservators. Specific interventions oriented around various pivotal works from Rauschenberg's early years offer a fresh consideration of the artist’s output that continues to reverberate today."
—Eric Banks, Director of the New York Institute for the Humanities

The scope, ambition, design, and execution of the catalogue raisonné have been carefully considered to best serve the needs of a wide range of constituencies that will have the opportunity to access and engage with this digital resource.

Furthermore, the Foundation will make use of all the technical possibilities of a digital publication to demonstrate Rauschenberg’s interests, processes and collaborations, to allow ongoing updates, and to provide open and free access to the entire catalogue.