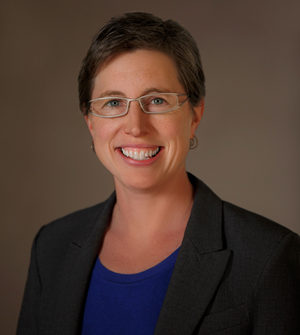 The Board of Trustees engaged in an extensive national search process after Ms. Greenwald announced earlier this year she would be stepping down. The search focused on finding a leader with the ability to engage with diverse stakeholders, ensuring new generations who did not experience the tragedy firsthand learn the lessons of 9/11.

Michael R. Bloomberg, Chairman of the National September 11 Memorial & Museum, said: “As the Memorial & Museum honors its sacred obligation of paying tribute to those we lost, saluting those who sacrificed to save lives and chronicling the events and impacts of the 9/11 attacks, we are also increasingly focused on educating new generations who did not live through 9/11 and its aftermath. And in Beth Hillman we found the right leader to marshal our efforts and lead the Memorial & Museum’s next chapter. Beth brings a rare set of skills from her experience as a college president, managing large institutions through challenging times, as a veteran who is still relied upon by our armed services, as a historian whose deep sense of service is grounded in a lifelong commitment to learning and as a trailblazer who has fought for justice and equality her entire career. She has the right background and expertise to lead us to the 25th anniversary, and into the next 25 years.”

Elizabeth L. Hillman said: “The tragic events of 9/11 forever changed all of us and their significance continues to have a deep impact on who we are as Americans. I am honored and humbled to serve an organization that has successfully honored such a sacred trust – telling the story of 9/11 and its continuing impacts, shining a light on the heroism we saw and honoring those who perished. I look forward to working alongside the families and first responders at the heart of this institution, in addition to the incredible staff, board members, curators and broader community, to build upon the foundation established at the Memorial & Museum. Following last year’s 20th anniversary, it is our solemn obligation to ensure over the decades to come that we continue to tell the story of 9/11, perhaps most importantly, to generations who do not have any memory of 9/11 or connection to the events of that day.”

Elizabeth L. Hillman is a nationally recognized leader in higher education, history, justice and equality, and an expert on the U.S. military justice system. Hillman began her career as a space operations officer in the U.S. Air Force, which she served for seven years, including two years as an instructor of history at the U.S. Air Force Academy.

Most recently, Hillman served as the 14th president of Mills College, the first women’s college west of the Rockies, where she oversaw a reduction in tuition to protect access in response to the rising cost of college and spearheaded a transformative merger of Mills College with Northeastern University, to increase opportunity for students and safeguard Mills’s future for generations to come.

She was recently appointed Chairperson of the U.S. Department of Defense Military Justice Review Group, which conducts comprehensive reviews of the Uniform Code of Military Justice to ensure the military justice system most effectively and efficiently conducts justice consistent with due process, good order and discipline. Hillman is the recipient of the U.S. Department of Defense Medal for Exceptional Civilian Service and the CalVet Trailblazer Award from the California Department of Veterans Affairs.