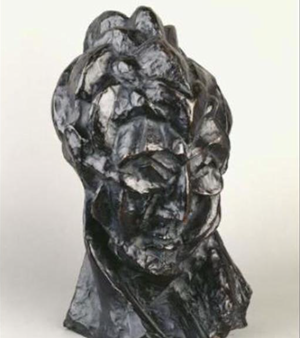 The Metropolitan Museum of Art in New York is putting up for sale, 'Head of a Woman (Fernande)' by Pablo Picasso (1909).

The Metropolitan Museum of Art in New York is putting up for sale Head of a woman (Fernande) by Pablo Picasso: the bronze work of 1909, considered the first Cubist sculpture by the Spanish master, is a study of his mistress Fernande Olivier observed from several perspectives at the same time. The sale of the masterpiece has been entrusted to Christie’s, which will auction it in New York next May with a starting estimate of 30 million dollars.

The Metropolitan Museum of Art explained that the decision to sell the Cubist work, which has been in the institution’s collection for more than two decades, was made after recently another version of the same sculpture was donated by Leonard Lauder, one of the largest collectors of Cubist art in the world

New acquisitions are on the way

The proceeds from the auction will be used for new museum acquisitions. Picasso made about 16 bronze castings of the same piece depicting the French model Fernande Olivier. In a statement, Marc Porter, president of Chrisitie’s America, described the work as “a rare example” of the artist’s work hitting the market, stating that it represents “an absolutely crucial moment in the development of Picasso’s artistic practice, the cubism”. The bronze sculpture entered the museum’s collection in 1995, when it was donated by the heirs of Florene M. Schoenborn, who had been a councilor to the Museum of Modern Art. The duplicate cast that the museum chose to keep was given away. by Lauder, who had promised 78 works from his Cubist art collection at the Met in 2013.