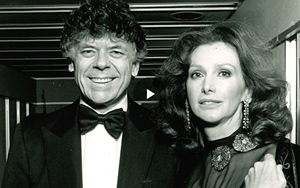 A sense of discovery: the unparalleled collection of Ann and Gordon Getty described as extensive and eclectic, will go on Christie's New York sale, this October.

Whether digging for ancient artifacts in Ethiopia or searching for an object’s long-lost pair, Ann Getty was dedicated to the hunt. A walk through any Getty residence — each of which created conversation through rich and unexpected configurations — was a crash course in human and art history. Known for her discerning taste and love of the eclectic, Ann, along with her husband, the philanthropist and composer Gordon Getty, built one of the most important collections of fine and decorative arts in the last fifty years.

This October, a series of landmark sales at Christie’s New York will offer nearly 1,500 outstanding works from the storied collection. Proceeds from the auction will benefit the Ann and Gordon Getty Foundation for the Arts, which is dedicated to supporting arts and science organisations. 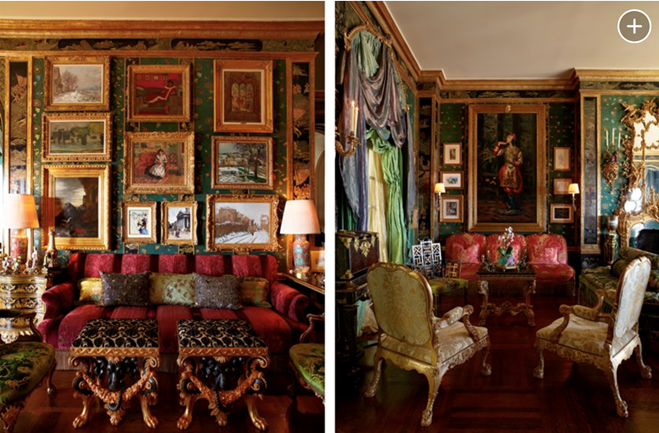 Born Ann Gilbert in 1941 to a peach and walnut farmer and his wife in Sacramento Valley, California, Ann Getty grew up with a keen enthusiasm for exploration, science and the natural world. Her later enrolment at the University of California, Berkeley, where she studied anthropology, biology and palaeontology, were organic extensions of her long-held interests. After meeting Gordon Getty in 1964, she married him on Christmas Day of that year, beginning a partnership that spanned 56 years until her death in 2020.

Mr. Getty, the son of the American oil magnate and noted art collector J. Paul Getty, is a renowned figure in the world of classical music. After studying English literature at the University of San Francisco and composition at the San Francisco Conservatory of Music, Mr. Getty went on to become a leading composer and an important champion of the arts. Merging their respective talents — his of the ear, hers of the eye — the Gettys created a collection unlike any other.

‘I love the hunt,’ Mrs. Getty once said, ‘and I especially love finding something exquisite, moving, rare, unexpected and rich with history.’ This intrepid spirit would take the Gettys across the world in search of rarities, and travel’s influence on their collecting habits cannot be overstated. As a child of Dutch immigrants, Mrs. Getty was drawn to elements of Netherlandish culture like still-life paintings of Delft porcelain and Dutch colonial furniture, while certain rooms in their San Francisco residence seem pulled straight from Venice.

But she did not just collect objects. A lifelong learner, Mrs. Getty also developed a profound understanding of each item’s history. Combining her love of travel with her inquisitive mind, she took trips to places like Jingdezhen, an ancient town in China’s Jiangxi Province, to learn about porcelain production. During these visits, she met with artisans and deepened her knowledge of the artistic process behind these creations.

Travel also aligned with Mrs. Getty’s fascination with the natural world and exposed her to a diversity of landscapes and cultures. Having grown up in a bucolic setting, she took great pleasure in the outdoors, which greatly influenced her personal taste. In the drawing room of the Gettys’ San Francisco residence, for example, there was a coquillier — or shell cabinet — of 18th-century Parisian design. The cabinet was filled with an array of shells she had collected over time. This interest in natural history connects Mrs. Getty to many other prominent female collectors throughout history, such as Margaret Bentinck, Duchess of Portland, as well as Alethea Howard, Countess of Arundel and Queen Charlotte of England.

Science was perhaps Mrs. Getty’s greatest love, and in the 1990s, she participated in digs in Ethiopia’s Great Rift Valley, working to uncover ancient remains. ‘Studying fossils in detail [gave] me a keen sense of colour and shape,’ she said of the experience. ‘I learned to observe the smallest design details and fine variations of colour.’

Her scientific studies also informed her approach to collecting in general. ‘If we think of Mrs. Getty’s special interest in palaeontology, she loved the idea of digging down and seeing the history of things,’ explains Jonathan Rendell, Deputy Chairman at Christie's Americas. This archaeologist’s mindset led her to amass a collection that was not only linked by style and taste, but also by historical significance.

Through careful curation, Mrs. Getty created conversation between books, paintings, textiles, furniture, ceramics and sculptures. ‘Everything I do is related to everything else I do,’ she said in a 1985 interview with The New York Times, and nowhere is this more evident than in her homes. Like the Silk Road that connected Asian and Europe, in the Gettys’ collection, there is a through line of mutual exchange between objects that look both forward and back. 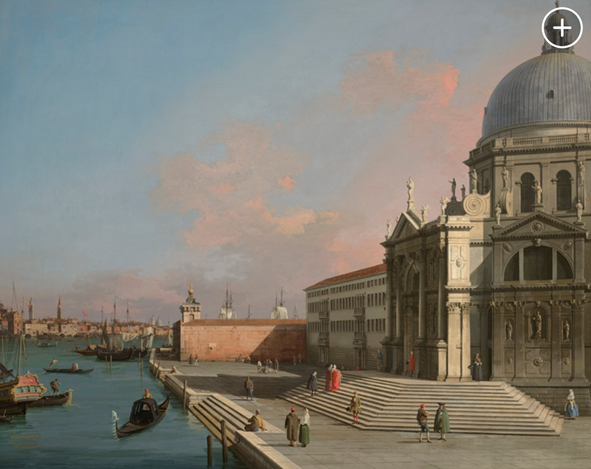 In the rooms of the Gettys’ San Francisco residence, paintings by Venetian artists trace narratives and histories through the ages. Gentile da Fabriano’s (1370-1427) painting Saint Paul the Hermit, once part of the Republic of Venice’s Church of Santa Sofia, hangs alongside works such as Canaletto’s (1697-1768) Entrance to the Grand Canal, Venice: Looking East and The Grand Canal, Venice: The Rialto Bridge Seen from the South by Canaletto’s nephew Bernardo Bellotto (1721-1780). Spanning more than 300 years of Venetian history, these paintings document the development of the Italian city and demonstrate changing artistic concerns from religious iconography to Venice as a centre of trade.

The Canaletto is also in conversation with other objects throughout the house. The painting, which depicts the Church of the Salute looking east toward the Silk Road, abuts an English clock made for the Asian market. ‘This collection includes many items made in one place for another market,’ explains Rendell. ‘It really considers the complex dynamics of trade.’

Items like the Getty’s extensive collection of Chinoiserie showcase the demand for products thought to be exotic or glamorous. They were not caricatures of other cultures, as some think, but instead made in response to the thriving marketplace for imported goods that moved along the trade routes. By arranging these items in an enclosed space, Mrs. Getty was underscoring these long-held global connections.

This rich and intricate layering is one of the most fascinating aspects of the Getty collection, where the story of an object was just as important as the aesthetics. ‘With imagination you can make anything work together,’ Mrs. Getty said in a 2012 interview with Architectural Digest. ‘Too much harmony tends to be less exciting.’ Mrs. Getty defined value by historical significance and unusual provenance.

From items once owned by Popes and Chinese Emperors to a late-medieval Mamluk mosaic panel from Egypt, her interiors were filled with unexpected delights brought together by informed risk-taking. Though never formally trained, Mrs. Getty cultivated an encyclopaedic knowledge of classical styles and a love of the exceptional.

Like the great estates of England, the Getty houses wove a seamless tapestry comprising highlights of human craftsmanship and artistry. Through dedication and a sharp eye, Mrs. Getty created complexly layered and beautifully refined interiors. ‘I value the depth that time and serendipity give to a room, and what I hate most is to repeat myself,’ she once said. ‘That’s probably why I admire the eclectic mix of comfort and formality in great English houses. They never feel quite finished.’

Though her interiors never subscribed to any one aesthetic movement or trend, they were often arranged around a particular theme. Mrs. Getty then wove these rooms together through surprising linkages, using colour, textile and wit to brilliant effect. The drawing room of the Gettys’ San Francisco house, for example, is centred around a painting of the famous dancer Vaslav Nijinsky by Jacques Emile Blanche (1861-1942). Shades of green and purple from the painting echo elsewhere throughout the room, tying into the overall design scheme.

In the nearby music room in the San Francisco house, the couple’s shared passion was on display. The Getty residence would often host impromptu performances or musicians at work, and Mr. Getty’s musical sensibilities are displayed most clearly in this room. It is particularly unique in its dedication not just to the auditory act of listening to and playing music, but also to the visual components of the musical arts, seen in three paintings of female musicians by John White Alexander (1856-1915). In this way, the collection offers a multisensory experience, almost, as Rendell has described, ‘like eating chocolate cake while listening to organ music.’

To delve into the Getty collection is to probe a thousand narratives of human existence. From natural curiosities to items made for kings and queens, the Gettys did not just amass objects but forged connections across disparate times and places. In a 2016 interview with Haute Living, Mrs. Getty reflected on her time in Ethiopia, saying ‘It was very hot, and our biggest luxury was a tent — but I did enjoy the sense of discovery.’ This passion for exploration was the driving force and fabric of this storied collection. To own a piece of it is to acquire an item most rare and unexpected and revel in our shared human history.