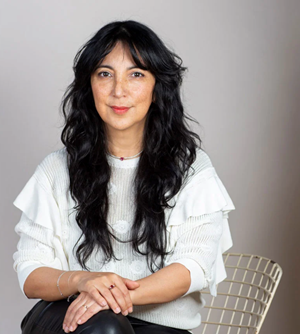 The Armory Show in New York has named Adriana Farietta as its next deputy director, beginning February 14. In her new role, Farietta will oversee the fair’s VIP Program and manage its strategic partnerships.

Appointed by Executive Director Nicole Berry, Farietta joins The Armory Show’s leadership team as the fair prepares to celebrate its 2022 edition this September at the Javits Center. As part of a larger restructure, The Armory Show recently appointed Thomas Dewey Davis as Director of Communications and Programming. Also, Andrew Cabridens has been promoted to Head of VIP Relations, and Laure Dubois has been promoted to Director of Marketing.

Farietta has almost 20 years of experience working in the arts. From 2017 to the beginning of 2022, she was the Advancement Deputy at Ballroom Marfa where she built institutional awareness and acquired financial support for exhibitions, site-specific installations, public programs, and general operations through individual giving, partnership opportunities, and corporate sponsorship. She realized limited edition projects with Loie Hollowell, Leo Villareal, Eduardo Sarabia, Solange Pessoa, and Carla Fernández amongst others.

From 2012 to 2016, she was the Director of Johannes Vogt Gallery before her development position at the Brooklyn Museum, where she worked closely with the trustees, major donors, and curators spearheading the Museum’s councils. Prior to that position, she was the Assistant Director for Volta Art Fair’s first New York iteration and was the Director of VIP Relations & Programming for all of Scope Art Fairs from 2006 to 2008. Prior to joining the art fairs, she was the Associate Director at Locust Projects in Miami and held administrative positions both at Yerba Buena Center for the Arts and Fort Mason Center for Arts & Culture in San Francisco. She holds an MA in Business Administration from San Francisco State University and a dual BA in Latin American Studies and Political Science from UC Berkeley.

“I am thrilled to be joining The Armory Show at such a transformative moment in its history,” said Farietta. “Following the fair’s permanent move to the Javits Center last September, I look forward to collaborating with this exceptional team on strategic initiatives to continue its success.”

Nicole Berry remarked, “The Armory Show is delighted to welcome Adriana as Deputy Director to our extraordinary team. Adriana brings significant experience and expertise within the arts that will further elevate the fair as a cornerstone of the New York cultural landscape.”