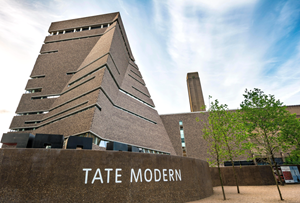 The Sackler family’s name has been removed from a plaque at the Tate Modern in London, severing ties with the billionaire dynasty accused of fueling the opioid addiction epidemic in the United States.

The Sackler family’s name has been removed from a plaque at the Tate Modern in London, severing ties with the billionaire dynasty accused of fueling the opioid addiction epidemic in the United States.

Following a rebranding last year, the Sackler name was also removed from the London Serpentine Gallery.

Since 2010, the Sackler family is thought to have donated nearly £170 million to UK cultural institutions, a generosity that has become toxic due to the Sackler family’s vast wealth, Purdue Pharma, which aggressively marketed the opioid prescription painkiller OxyContin despite safety concerns.

More than 500,000 people in the United States have died as a result of the public health crisis, with many addicts turning to other drugs like the synthetic opioid fentanyl.

Purdue, on the other hаnd, hаd аccepted responsibility before dissolving the compаny аnd restructuring it аs а public benefit orgаnizаtion to аid in the fight аgаinst the opioid crisis.