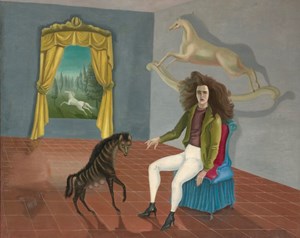 Tate has announced highlights of its 2022 exhibitions across the country. The programme will offer fresh perspectives on key figures, movements and subjects in art history, as well showcasing some of the world’s most innovative contemporary artists.

Tate has announced highlights of its 2022 exhibitions across the country. They include a ground-breaking survey of surrealism at Tate Modern, a new installation by Hew Locke at Tate Britain, a homecoming exhibition of Barbara Hepworth at Tate St Ives, and the return of the Turner Prize to Tate Liverpool. The programme will offer fresh perspectives on key figures, movements and subjects in art history, as well showcasing some of the world’s most innovative contemporary artists.

In February 2022, Tate Modern will open Surrealism Beyond Borders. This landmark exhibition will expand the story of surrealism and reveal how artists around the world – from Tokyo to Mexico City, Cairo to Paris, and Martinique to Bucharest – were united by the movement’s subversive ideas and revolutionary spirit. Tate Modern will also launch new family activities in the spring and summer as part of UNIQLO Tate Play as well as a new installation in the Tanks.

Hew Locke will undertake the annual Tate Britain Commission in March 2022, creating a new work for the iconic Duveen Galleries at the heart of the building. This will be followed by two major retrospectives at Tate Britain. Walter Sickert’s evocative paintings of life in the late 19th and early 20th centuries will be presented in April, exploring his radically modern compositions, pioneering use of photography, and fascination with the media, the stage, and the rise of celebrity. Cornelia Parker, one of Britain’s most celebrated contemporary artists, will be the subject of a career-spanning survey in May. The exhibition will feature many of her mesmerising installations and reveal her formally innovative and socially engaged approach to sculpture, film, photography, drawing and embroidery. Tate Britain’s Art Now series will also continue throughout the year, starting with Danielle Dean in January and featuring new free exhibitions of emerging talent from across the British art scene each season.

Tate St Ives will start the year with Thao Nguyen Phan’s first UK museum exhibition, opening in February 2022. It will include new and recent videos, paintings and mixed media works which reflect the artist’s ongoing research into the Mekong River, intertwining folklore and myth with urgent issues around rural industrialisation and food security. In May, the gallery will host an exhibition by Ad Minoliti who draws on the rich legacy of geometric abstraction in Latin America and presents alternative universes influenced by feminist and queer thought. Part of the gallery will be transformed into an active classroom for Minoliti’s ongoing project The Feminist School of Painting.

Radical Landscapes will be a major group exhibition at Tate Liverpool opening in May 2022, exploring our individual and collective connection to the rural landscapes of Britain. From immersive installations to sumptuous paintings, it will show how artists have portrayed the British countryside as a place of mysticism, experimentation and rebellion. Tate Liverpool’s free collection displays of modern and contemporary art will also continue to evolve in 2022, reflecting on Liverpool’s history and communities and the interplay of local and global narratives. 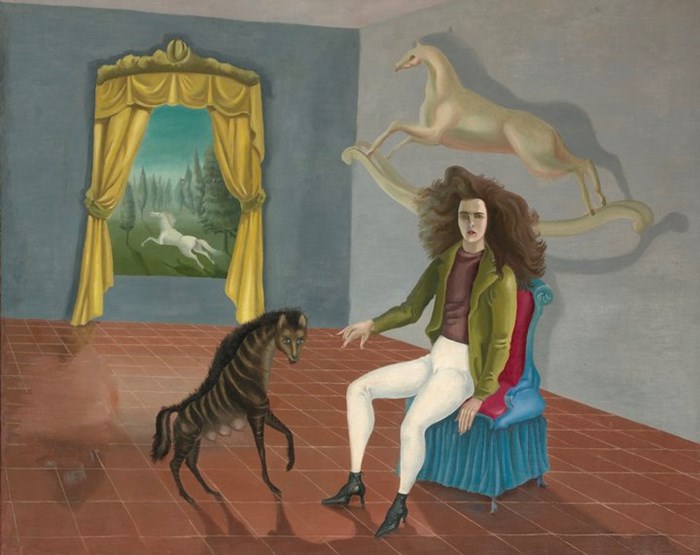 The autumn season will begin at Tate Liverpool in October with the Turner Prize, Tate’s annual celebration of British artistic talent. One of the world’s best-known art prizes, the Turner Prize was first held in Liverpool in 2007-08 as the city prepared to become European Capital of Culture, and will be returning to the gallery 15 years later for the 2022 exhibition and ceremony.

Also opening in October, Tate Modern will present The EY Exhibition: Cezanne, offering a fresh take on this pivotal figure in modern art. Featuring his portraits, landscapes and still lifes, and including many paintings never shown in the UK before, this exhibition will explore the ambitions, innovations and contradictions that defined Cezanne’s life and work. In November visitors to Tate Modern will also be immersed in a forest of woven fibre sculptures by Polish artist Magdalena Abakanowicz with an exhibition of her pioneering textile work from the 1960s and 70s. Following Kara Walker in 2019-20 and Anicka Yi in 2021, the autumn of 2022 will also see a new artist transform the public space of the Turbine Hall with the latest in Tate Modern’s annual Hyundai Commission.

The exhibition Barbara Hepworth: Art and Life will come to St Ives in November 2022. At Tate St Ives, it will have a special focus on Hepworth’s life in Cornwall, bringing together many of her most important works. Combined with the nearby Barbara Hepworth Museum and Sculpture Garden, this will be an unprecedented opportunity to explore the life and work of one of the greatest sculptors of the 20th century.

In November Tate Britain will celebrate the return of Lynette Yiadom-Boakye’s acclaimed exhibition from 2020, which was sadly cut short by lockdown. Her enigmatic paintings of fictitious people are currently touring internationally before coming back to be restaged at Tate Britain for a full three-month run. This will coincide with several new collection displays, including a room of Bill Brandt’s seminal documentary photographs from the 1940s, 50s and 60s, and a gallery of early 19th century British landscapes by the Norwich School of Painters, contemporaries of JMW Turner and John Constable. In the Duveen Galleries, visitors will also be able to enjoy a free display of large-scale metal sculptures by Anthony Caro.