Stefan Kalmár, Steps Down as Director of the Institute of Contemporary Arts London After Five Years 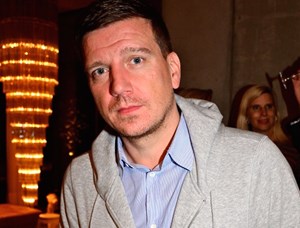 Under Kalmár’s directorship, the critically acclaimed programme included exhibitions by Forensic Architecture, Cameron Rowland, Metahaven and Seth Price, as well as historical retrospectives dedicated to the work of Kathy Acker and Julie Becker. He reintroduced the ICA Theatre with plays by Kate Valk of The Wooster Group, KLEIN and Richard Maxwell, as well as performances by Precious Okoyomon and literature events such as Queers Read This.

Stefan Kalmár instigated substantial changes across the ICA, including making the ICA Cinemas fully independent. Alongside their regular film programmes, they continue to host the annual film festival Frames of Representation, as well as Image Behaviour, the new annual convening dedicated to artist’s film and moving image.

He also initiated programmes such as In Formation or Temporal Deprogramming by Black Quantum Futurism, as well as keynote lectures by the likes of Chelsea Manning, Homi K Bhabha and Paul Preciado. Stefan Kalmár lead the ICA through an urgent and self-critical re-assessment of the role culture and its institutions must play in contemporary society.

Stefan Kalmár said: ‘I am grateful for having been given the opportunity to serve this legendary organisation. My time at the ICA and in London has been transformative. My deepest thanks go to the incredible team at the ICA, to all those that gave us tremendous support, the artists we were fortunate to work with and to the publics we serve. I’m very proud of what we’ve achieved!’ ‘The past 17 months have been a time of intense self-reflection and realignment of one’s own values: what structures, what behaviours, what ideas, what work will matter most in the world ahead of us? Cultural institutions must learn how to respond, should lead the way, inventing models that are innovative and open to constant renewal. Hence, directorships should never be for life – fixed tenures should be the norm not the exception. So the moment now feels right for me to hand over to the next generation to lead this iconic institution with care, compassion and vision. I thank the ICA Board for their support and understanding of what has been for me both a deeply personal and professional decision.’

Wolfgang Tillmans, Chair of the ICA Board, said: ‘When Stefan returned to London in 2016 to join the ICA after working for over 13 years in Europe and New York City, he brought fresh approaches, skills and a breadth of ideas to our iconic institution. ‘The ICA has been extremely lucky to have benefitted from his double input: Stefan's international perspectives and his concurrent re-focusing onto the core values of the ICA. Speaking on behalf of the entire Board, I thank Stefan wholeheartedly for his vision, expertise and the hard work he gave to the ICA. We wish him the very best for his future endeavour!’ The ICA will shortly begin an international search for his successor.